Bangladesh cricketer Mohammad Ashraful on Tuesday "apologised" to his nation after admitting his involvement in fixing matches, adding another sordid chapter to the spot-fixing saga which has already engulfed Indian cricket. 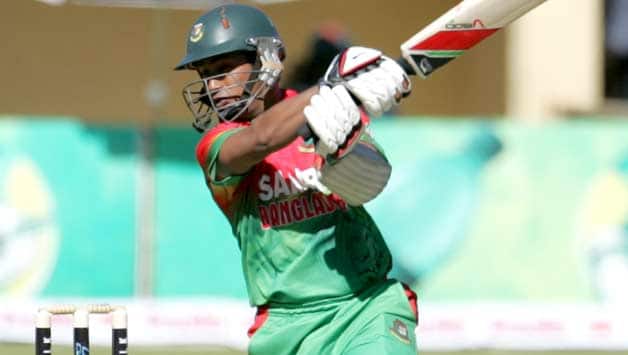 Mohammad Ashraful played in 61 Test matches and amassed 2,737 runs for an average of 24 © AFP

Bangladesh cricketer Mohammad Ashraful on Tuesday “apologised” to his nation after admitting his involvement in fixing matches, adding another sordid chapter to the spot-fixing saga which has already engulfed Indian cricket.

“Forgive me,” Ashraful told reporters at his residence as he confessed his involvement in match and spot fixing in the Bangladesh Premier League (BPL).

“I would only plead that you all forgive me for my wrongdoings against the nation and myself,” Ashraful, Bangladesh’s most talked-about batsman, added.

Bangladesh Cricket Board (BCB) had already ordered Ashraful to temporarily stay away from cricketing activity pending an ACSU investigation into the alleged match and spot fixing scandal in the BPL.

More than a fortnight after the spot-fixing scandal broke out in the IPL, Ashraful’s suspension is the latest case of corruption in cricket which has seen a number of cricketers being arrested in recent times.

The 28-year-old Ashraful was allegedly paid about one million taka (USD 12,800) to lose the February 2 match between Dhaka Gladiators and Chittagong Kings. The cheque he was given later bounced, according to the local media. Ashraful admitted to his involvement and apologised for his conduct.

“I should have not done this injustice to the nation. I feel guilty. I would only say ‘Please all forgive me, my conduct was improper’,” he told a TV channel.

“I felt that I have done an injustice, so I have told them (the ACSU team) the truth at the first chance. I tried to help the ICC as much as I could for the welfare of our cricket,” Ashraful said.

“You all know me, I have been playing international cricket for 12 years. I did not tell them a single lie,” he added.

Sri Lanka Premier League to go ahead as per schedule