One can appeal to the Court of Arbitration for Sport in Switzerland.

Mohammad Ashraful, Bangladesh’s cricketer will appeal against the eight-year ban that he received for being found guilty of spot-fixing. Ashraful was banned by the Bangladesh board’s anti-corruption tribunal. Ashraful on his part, plans to leave Bangladesh for a few months after Eid festival.  In fact, Ashraful was participating in the cricket league taking place in the United States as reported by The Daily Star.

Actually, individuals can’t appeal against the sanctions imposed. However, one is eligible to appeal to the chairman of the disciplinary panel. One can even appeal to the Court of Arbitration for Sport in Switzerland. Ashraful made his Test debut for Bangladesh in 2001 and straightaway got a Test century. He played 61 Test and 110 One-Day Internationals (ODIs) for the country, over a span of more than 10 years. 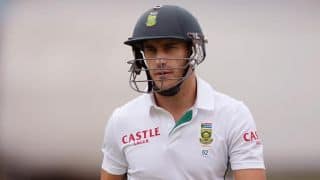