Ashraful had been charged with involvement in match-fixing.

Former Bangladesh captain Mohammad Ashraful’s eight-year ban on match-fixing charges in the  Bangladesh Premier League (BPL) has been reduced to five years by the Bangladesh Crickat Board (BCB).

Ashraful, who had been charged with involvement in match-fixing and spot-fixing during the 2013 edition of BPL had appealed to the panel chief of the BCB’s disciplinary committee, according to reports.

Earlier, AFP reported that Ashraful was “found guilty of all four charges and is banned from cricket for eight years,” said Khademul Islam Chowdhury, the head of a special panel set up by the Bangladesh board to investigate match-fixing allegations. “In addition, he will have to pay a fine of one million taka ($12,820).”

The International Cricket Council (ICC) had asked the BCB to look into the matter of match-fixing, and a three-member tribune was formed during the second edition of the BPL. ICC’s Anti-Corruption Security Unit (ACSU) had visited Dhaka in May 2013 to look into allegations of match-fixing in a couple of games in the BPL.

Ashraful at that time had confessed to the guilt and had also opened a pandora’s box by naming several other names in the probe. The aftermath was that of the ICC hitting nine players with match-fixing charges and it was reported that the Dhaka Gladiators’ players were involved in the offence. 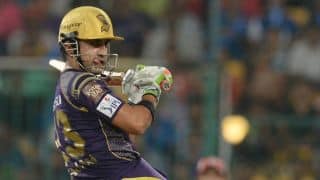