Disgraced Pakistani fast bowler Mohammad Asif on Wednesday apologised for his role in a notorious 2010 spot-fixing scandal, admitting his guilt for the first time and accepting a five-year ban. 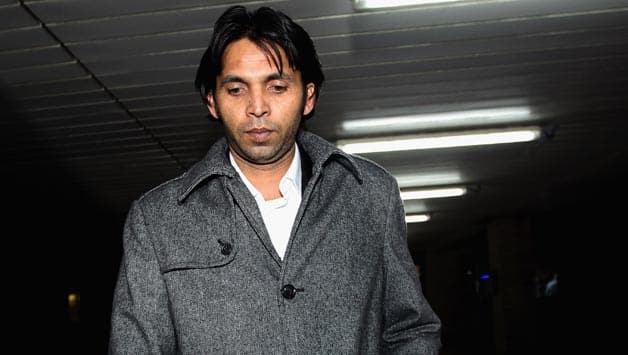 Mohammad Asif, who will be 32 years old when the five-year ban ends, requested other players who want to represent their countries that they must keep away from all sorts of corruption © Getty Images

Disgraced Pakistani fast bowler Mohammad Asif on Wednesday apologised for his role in a notorious 2010 spot-fixing scandal, admitting his guilt for the first time and accepting a five-year ban.

The 30-year-old is the last of three players to come out with a confession, after team-mates Salman Butt and Mohammad Aamer admitted their part and presented themselves for rehabilitation.

Asif, pace partner Aamer and then-captain Butt were banned for contriving deliberate no-balls in return for money during the Lord’s Test against England in 2010.

A year later an anti-corruption tribunal of the International Cricket Council (ICC) banned Butt for 10 years, with five suspended, Asif for seven years with two suspended and Aamer for five years.

The tribunal had made confession, apology and rehabilitation mandatory to avoid the suspended portion of the ban.

“I accept the punishment from the ICC tribunal in 2011,” Asif said at a news conference.

“I apologise for my actions that have brought disrespect to my beloved country, to the millions of fans in Pakistan and in the world.”

The trio and their agent Mazhar Majeed were also jailed by an English court over the affair in 2011. The players were released last year.

Touted as the best new-ball bowler in the world by legendary Pakistani paceman Imran Khan, Asif’s career was first derailed in 2006 when he and fellow paceman Shoaib Akhtar tested positive for banned steroids.

They were let off by a Pakistan Cricket Board (PCB) tribunal but another failed dope test in the inaugural  Indian Premier League (IPL) in 2008 resulted in a one-year ban for Asif.

He was also detained at Dubai airport on return from the 2008 IPL after a banned drug was found in his possession.

Asif said he felt sorry for his repeated mistakes.

“When I look back at the events of my career, I feel very sorry,” he said.

Asif warned future players to avoid the pitfalls of fixing.

“I request to all the players who want to represent their countries that they must keep away from all sorts of corruption,” he said.

“I am ready to help any player who wants to avoid such pitfalls. I will duly cooperate with the ICC, its anti-corruption unit and with the PCB in fighting the corruption in the game.”

Asif said he was ready to go through the PCB rehabilitation programme.

“I have suffered a lot because of my wrongdoings. Now on the Independence Day of my country, I promise that once my ban finishes I will try to repair the damage I have done.”

Before the ban, Asif had taken 106 wickets in 23 Tests and was widely regarded as one of the most skillful new ball bowlers in the game. 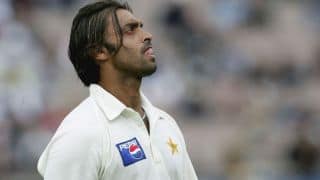