Asif argued that the most of the cricketers selected in the Pakistan Test squad have no experience of playing in the longest format of the game..

Lahore [Pakistan]: Pakistan tainted fast bowler Mohammad Asif believes the national selection committee has shown their double standards by ignoring top performers at the domestic level and picking up T20 players to play Test matches against Ireland and England. The 35-year-old argued that the most of the cricketers selected in the Pakistan Test squad have no experience of playing in the longest format of the game and that they are just a bunch of T20 players.

“Several members of the touring side have no experience of Test cricket and yet they have been selected for the all-important tour of UK and Ireland, for reasons best known to the selectors,” the Dawn quoted Asif, as saying. Asif and disgraced cricketer Salman Butt, who are featuring for Wapda in domestic cricket, have played a significant role in guiding the team to the back-to-back finals of the Quaid-i-Azam Trophy.

Pointing out the same, the fast bowler called on the national selectors to keep the recent performances in mind while choosing the players in the national team. “But, unfortunately, these criteria were not considered in the selection of some players this time,” Asif said. Asif, along with Butt and Mohammad Amir, was found guilty of various offenses of corrupt behaviour relating to the Lord’s Test between England and Pakistan in August 2010 by the independent Anti-Corruption Tribunal in February 2011.

Although Amir returned to the national team in impressive style against New Zealand in January 2016, Asif and Butt remained sidelined and are yet to be considered for Pakistan selection. 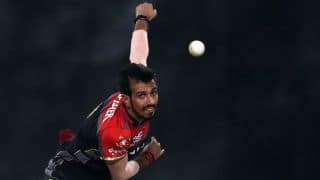