Mohammad Asif: It was a challenge bowling to Rahul Dravid, VVS Laxman

Mohammad Asif: It was a challenge bowling to Rahul Dravid, VVS Laxman

Asif, who picked up 106 wickets in 23 Tests and was rated as one of the best new ball operators at the time, said current Indian batting mainstay Virat Kohli reminded him of Dravid and Laxman.

Karachi: Pakistan‘s tainted pace bowler Mohammad Asif has described former India stars Rahul Dravid and VVS Laxman as technically the best batsmen he bowled to in his roller-coaster career. Asif’s career hit rock bottom in 2010 when he was banned for five years from the sport, and subsequently jailed, for spot-fixing. “Dravid and Laxman were technically very good and could whip the ball from the off-stump to the onside flawlessly. It was a challenge bowling to them,” Asif said in an interview. Asif, who picked up 106 wickets in 23 Tests and was rated as one of the best new ball operators at the time, said current Indian batting mainstay Virat Kohli reminded him of Dravid and Laxman.

“Virat is also technically very strong and that always makes it a difficult job for the bowler,” he said. Asif, who is now playing domestic cricket and striving to make a comeback to the national team, recalled that his career had taken off with his spell against a strong Indian batting line-up at Karachi in the 2006 Test series. He disclosed that it was during that Test that he first learnt to bowl the incutter and inswinger. “Before that I never knew when I bowled the ball that came in. But in that Test I gained control over it and mastered both the outgoing and incoming deliveries. I remember I bowled Virender Sehwag with an inswinger and it set my career rocking.”

Asif said Sehwag was a dangerous batsman and he always knew that if you gave him space to free his arms he would whack you. “The secret was to keep him tied up in his crease. Because he was a powerful stroke player once he got a chance to open his arms.” Asif rubbished arguments that he and former captain Salman Butt had coaxed young Mohammad Aamer into spot-fixing in 2010 in England.

“That is totally wrong. It is double standards to me. If three people have committed a crime you say two are guilty one is innocent. How can that be possible. Mohammad Aamer had come from the grass root level to the top level and he knew everything about life. It is unfair to say we were responsible for him getting into the spot.”

Asif lamented that the authorities were employing double standards for him and Aamer when it came to getting a chance to play international cricket again. “Look I know what we did was wrong and a crime and we regret it and we have apologised for what we did. We have served our time. The ICC has said it has no problems with us playing international cricket so what is the problem?”

The pacer also made it clear he considered himself one of the best new ball bowlers in the country at the moment. “I will be going to the national cricket academy after the domestic season ends next month and I will be working on my fitness with the trainers and coaches there. So there will be no more problems with my fitness.”

Asif said he was targetting Pakistan’s Test tour of the West Indies to make a comeback. The pacer said that every bowler had to work on his bowling and bring about improvements himself. “I always relished the challenge of bowling to the best and my motto was always to make the openers play every ball with the new ball and try to get wickets. That is the job of the new ball bowlers which our bowlers at present are not doing in Australia.”

He also backed Aamer to regain his bowling form of 2010 but said the young pacer needs to overcome just one small flaw. “He is bowling too wide from the stumps, whereas previously, he used to bowl close to the stumps. This minor thing changes the angle of the ball significantly. If he overcomes this problem he can be effective once again.” 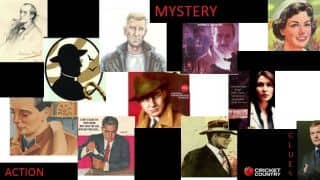 A Detectives XI : A team composed of fictional private eyes 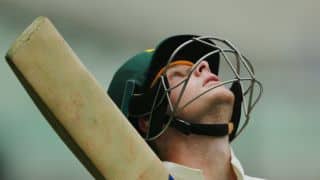