Banned Pakistan pacer, Mohammad Asif will be released from prison on May 5 after completing his jail term in the United Kingdom. 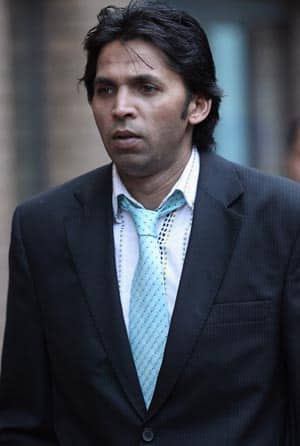 Banned Pakistan pacer, Mohammad Asif will be released from prison on May 5 after completing his jail term in the United Kingdom.

Asif will decide when he plans to return to Pakistan after being released from prison, said his lawyer Ravi Gill.

“Asif will complete his jail term on May 5 and all formalities have been completed for his release,” he said.

Asif and Pakistan teammates, Mohammad Aamer and Salman Butt were given different jail terms by a crown court in London last year in October for being involved in spot-fixing during Pakistan’s tour to England in 2010.

The trio are also serving a five year ban by the anti-corruption tribunal of the International Cricket Council imposed in February 2011 for the same offence.

Aamer, the youngest of the three, returned home in March after completing a six months jail term in a youth detention centre in the UK and he has also decided against appealing against the five year ban imposed on him by the ICC.

“We have heard Asif is being released this week. Whenever he returns to Pakistan, the terms and conditions of the ICC ban will remain on him and he will not be allowed to take part in any cricket related activity in Pakistan,” a official of the board said.

Asif, 29, who took 106 wickets in 23 tests and another 36 wickets in 48 one-day internationals, was jailed for 12 months by the crown court while Butt was given a 30-month sentence.

All three had appealed against their sentences but had their appeals rejected by the Lord Chief Justice.

Aamer since returning home has been kept away from all cricket activities and the board has not even allowed him to use the facilities at the National cricket academy in Lahore.

A family member of Asif said they wanted him to return home as soon as he was released as they were dying to meet him. (PTI)