Mohammad Azharuddin's hopes of becoming HCA president were shattered after his nomination papers for the position were disqualified.

Hyderabad: Former Indian cricketer Mohammad Azharuddin on Tuesday filed a plea in the High Court of Hyderabad against the rejection of his nomination for the post of Hyderabad Cricket Association s (HCA) president. Last week, Azharuddin’s hopes of becoming HCA president were shattered after his nomination papers for the position were disqualified. The rejection had come in the wake of Azhar’s failure to give any proof over removal of his Board of Control for Cricket in India (BCCI) ban and if he was a valid voter or not. Disappointed to see his nomination being rejected, Azharuddin had earlier insisted that he has been cleared by the court of all charges, while adding that he would now challenge the disqualification.

“Whenever you file a nomination, you never feel negative about it , you always feel confident. At the same time, when I went to file a paper as a Test cricketer. Automatically I got nominated because I played cricket for India. But when I asked for the nomination form to be given, they said that the date is over and that is why I had to file it from the National Cricket Club. Right from the beginning, I think the process looked to me a little bit fraud… I gave them the court order also. People are misinformed. I think things should be put to rest. Court has given an order which has cleared me of everything,” Azhar had then said.”It is unfortunate. The returning officer should answer my questions, but he is not present here. I will go for alegal case. I think the Lodha Committee rules and orders are not followed here at the HCA,” he had added.

The 53-year-old, who played 99 Tests and 334 ODIs for India, was banned for life by the Board of Control for Cricket in India ( BCCI) for his alleged involvement in the match-fixing scandal in 2000. However, his ban was lifted in 2012.

Following his cricket career, Azharuddin went on to join politics and became a Member of Parliament. He won a Congress ticket in Moradabad, Uttar Pradesh, in 2009. 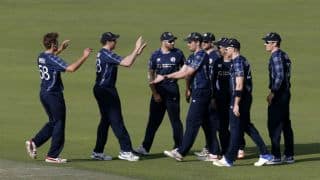