Pakistan skipper Mohammed Hafeez on Thursday said the way his side clawed its way back in the first Twenty20 match against India, he has no doubts that his side will go on to win the series by winning the second match, on Friday. 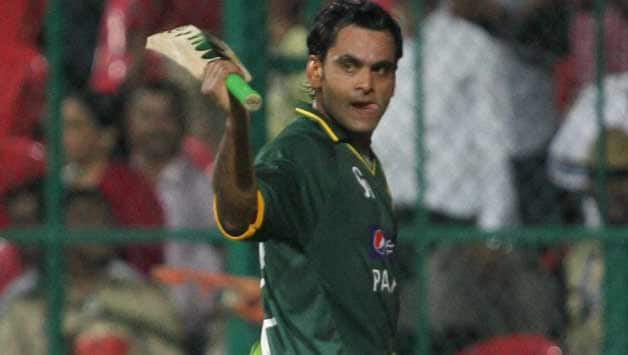 Pakistan skipper Mohammed Hafeez on Thursday said the way his side clawed its way back in the first Twenty20 match against India, he has no doubts that his side will go on to win the series by winning the second match, on Friday.

“The way we played the last match, our morale is quite high. The way the entire team bounced back in both batting and bowling, that was morale boosting for us and we will try to continue that tomorrow as well,” Hafeez told reporters.

“We have the opportunity to win the series. We are all ready for this. Not just tomorrow’s match, we are positive about the entire series. We are united (as a team) in this series and we want to play good cricket,” he added.

Hafeez emphasised that bowling is their strength since the attack has a lot of variety.

“I will give credit to the bowlers and fielders. They (India) were 70 for no loss and after that we came back.

Bowling has always been our strength and in the last match even after a bad start, the comeback was outstanding. As a captain I am very pleased with that,” he said.

“Most of our players have proved at the international level that they are match winners. Shahid Afridi, Saeed Ajmal, Umar Gul, recently included Mohammad Irfan. Shoaib Malik is the only one who hasn’t bowled but he is good enough to play his role in any format with his spin bowling. We always believe that as a bowling unit, we can always come back. We have got enough experience. We can dominate with our bowling.”

On his surprise bowler Mohammad Irfan, who bamboozled the Indian players with his pace and bounce, Hafeez said, “He is an outstanding talent. We had a domestic tournament recently, where we saw his performance and for us he came across as a surprise package, who will be difficult especially in this part of the world and also across the world because of the extra bounce he gets.”

Hafeez said it was deliberate that they have opted for Nasir Jamshaid and Ahmad Shahzad as the openers when asked if it was not better for them if Shahid Afridi opens.

“Afridi has adjusted himself as a middle-order batsman even when he was the captain. We believe that we have a lot of talent and the new guys are playing well. That is why we are promoting youngsters to bat at the top order, considering the future of our cricket.

“He (Afridi) is always useful and he can play anywhere in the order. In the middle order, his contribution is always very good. He can finish the match or put pressure on the opposition in the last seven overs.”

“I was also an opener. I have given the opportunity to the youngsters in this series, because they have the talent to serve Pakistan cricket for many years. Since they are openers, we want them to get the chance as openers only. It is not that they are not experienced enough. They have been with us for the last four years. We are sure they will come up with some positive results for Pakistan in future.”

Hafeez also insisted that the side was not overtly worried with the no show of the Akmal brothers.

“Not every player can perform each day. They are very good players. They have shown that in the past. We have faith in them. The good thing for us is that we made a comeback in bowling as well as batting. We believe in their abilities and they are good players to perform anywhere in the world. We hope that they forget their innings at Bangalore and come to this match with positive intent and do well for us.”

Asked about the pressure, he said, “Pressure is always there on both teams. It is always there at the international level. I don’t know about them (India) but we are taking the game easy and we will try to win it.”