BCCI were forced to make this decision because in Ranji Trophy tournamnet, 28 matches ended within three days of play

Former Indian cricketer Mohammad Kaif expresses his disappointment over Board of Control for Cricket in India‘s (BCCI) decision to host Ranji matches at neutral venues. This decision will be enforced in the upcoming season. According to Kaif, it is not feasible for local players to play away from their homeground. Fans wait for Ranji season to watch their favourite players in action. This rule will take the opportunity away from them to witness their hero in action as well as the players’ wish to play in front of their home crowd. He has 9,974 runs in First-Class cricket and used to play for Andhra in Ranji Trophy. BCCI approved the technical committee’s recommendation to host Ranji matches at neutral venues. ALSO READ: Mohammad Kaif: One of Sourav Ganguly’s finest finds for India

The previous Ranji season saw matches finished within three days of play, which is main reason behind this decision. This season be a trial run for hosting Ranji matches at neutral venues. Now, the pitches will be prepared by the curators appointed by BCCI. Kaif’s Ranji team Andhra had a forgettable season in 2015 as they finished at the bottom of the table of Group B. Kaif told Cricbuzz, “Especially last year, the way the associations and the teams approached playing at home, it was not good for Indian cricket. The matches were getting over in two and a half days. That is, basically, you playing on unprepared pitches, trying to make the most of home advantage.”

BCCI were forced to make this decision as in previous season a total number of 28 games were finished in three days. But Kaif fears that crowd would not turn up. He said, “With neutral venues, you take out the crowd coming and watching the sport. I remember when I played in Meerut a few years back, the whole stadium was jam packed. Every seat was taken. It was between Karnataka and Uttar Pradesh. Then there was a game in Ghaziabad, Delhi vs UP, where Virender Sehwag and Virat Kohli were all playing and from UP, there were Suresh Raina, Praveen Kumar, Bhuvneshwar Kumar and myself – it was like playing an international game. But that goes out now.”

According to Kaif, instead of hosting matches at neutral venues, they could have appointed curators for the home team. He said, Personally, I would had kept four games home and four games away, but the four games that you play at home, you have BCCI curators coming in and preparing the pitch. They should be the ones deciding, ‘Boss, on this pitch there is no home or away advantage. It’s just a sporting pitch. It’s a good track for a four-day game.’ And that’s it. Maybe that would’ve been a better option compared to neutral venues.”

BCCI tried this idea back in 2013 as well which was even opposed by Sachin Tendulkar. Kaif said, “We have tried this before, so why have we again come to playing at neutral venues? We are going back and forth, to be honest. I had so much fun playing in (front of local fans), being applauded by the fans and all. They want to see, they deserve to see their local heroes playing in their home town. Like I said, if they had curators appointed by the BCCI, if they come and take control of pitches, that would’ve been a very good idea.”

Kaif also feels that the curators reporting to BCCI would be a good move, He said, “Sometimes, the curators also are not very honest. They should be reporting to the BCCI, not the associations, the state captains or whatever. They should not get influenced. They should be like, ‘I was asked to do this kind of duty by the BCCI and I will be very strict about that.’ That would be the better idea, to give control to curators and have a guideline. The preparation of such tracks also has an adverse effect on the country’s players. Not many teams have come out with a plan on how to pick twenty wickets on a regular sporting track. They are always depending on a turning track, or a green top.”

Kaif also said a thing or two about the mindset of captains playing on flat track. He said, “Probably, the captains have surrendered saying on flat tracks we can’t get wickets. Basically, they’re telling the bowlers, I know you can’t take wickets on normal tracks so I’m giving you a turning or seaming track to get twenty wickets. That’s why there’s a big difference in Indian batting and bowling.”

Kaif laid emphasis on why Indian bowlers have not been able to perform well on international level. He said, “Our bowlers are way, way behind when compared to batsmen. When Sachin, Ganguly, Laxman, Dravid all retired, we saw the batsmen somehow easily filled the gaps. Virat Kohli, Rohit Sharma, Ajinkya Rahane et al. But we still have to wait and find replacements for the likes of Anil Kumble, Zaheer Khan or Javagal Srinath. Ashwin, probably, is the only bowler I would say who’s done well. When you provide the bowlers with pitches on which they don’t really have to work hard, they will not learn. We keep missing that point where bowlers should come up with different plans and ideas. When they have twenty overs in a day and not pick wickets, they have to start thinking out of the box. And that’s how you learn, by trying different things. Nowadays, they are trained, with either the BCCI or the captain having a certain kind of pitch, that’s how they can pick twenty wickets.”

He further added, “Bowlers are not taught about taking the hard way in domestic cricket. Maybe it is because, either the captain or BCCI think that batsmen are dominating the game. But there’s a reason they are dominating the game. We have spoken about sporting track, 6 mm grass, 10 mm grass whatever. But playing on difficult pitches, the batsmen benefited, not the bowlers. If a bowler bowling 120 ks can get 40 wickets in a season, but when he goes to play for India, and playing at the international level, he’s exposed. Because he’s not worked hard in domestic cricket. The other way around, the batsmen have done that. They are forced to leave balls on seaming tracks, on turning tracks. They learn how to play in different conditions and on different pitches.” 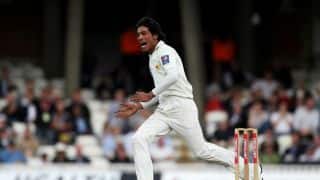 Graeme Swann: Match-fixers like Mohammad Aamer should have been banned for life 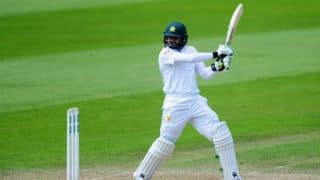