Kaif is contesting the elections for the first time.

Congress candidate from Phulpur in Uttar Pradesh, Mohammad Kaif is leading as election counting is underway in Delhi . Kaif is one of the two cricketers fielded by the Congress party. Mohammad Azaruddin to is in the fray from the Tonk-Sawai Madhopur in Rajasthan. Kaif’s campaign has seen an array of stars who campaigned for him during the elections. Keep watching this space for live election results.

“Entering politics was always on my mind. I come from a small city [Allahabad] and have wanted to give something back to the society. Now, I have got the right opportunity. This is a big challenge. I was not sure [about contesting], entering when but when I met Rahul-ji [Gandhi], I realised it was time. After all, the Congress party thinks about the youth,” he had said after being given the party ticket..

The constituency has a sizable Muslim vote bank. The constituency was with Samajwadi Party for four elections before the BSP wrestled control. Kapil Muni from the BSP currently holds the seat. Phulpur has a history of big names with India’s first Prime Minister Jawaharlal Nehru standing from this constituency in 1952, 1957 and 1962. 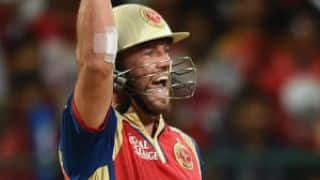 IPL 7: AB de Villiers is the most complete batsman of the era, says VVS Laxman