On hindsight, the opportunity comes as a much-needed chance for Jayed with selectors are also looking at including Taskin Ahmed in the World Cup squad in place of the pacer.

Bangladesh suffered a setback ahead of the ICC World Cup 2019 with Mohammad Saifuddin s back issue cropping up again. The think-tank did not take any risks and rested the allrounder for the Tri-Series ODI match against West Indies with Abu Jayed to make his debut on Monday (May 13).

According to a report in Cricbuzz on Monday, Saifuddin spent most of his time with the physio on the eve of the game while Jayed worked with bowling coach Courtney Walsh.

“Saifuddin is having some kind of pain in the back and we don’t want to take any risk with him and so we are considering him to make his debut against West Indies,” Bangladesh Cricket Board chief selector Minhajul Abedin said. (ALSO READ: Mohammad Amir s contracts suspected chickenpox, almost out of World Cup)

On hindsight, the opportunity comes as a much-needed chance for Jayed with selectors are also looking at including Taskin Ahmed in the World Cup squad in place of the pacer. BCB president Nazmul Hasan, however, stressed the decision won’t be taken without giving Jayed a chance to prove himself. “It would be unfair to change Jayed without giving enough opportunities,” he said a couple of days ago. (ALSO READ: Important to use Mustafizur carefully ahead of World Cup: Courtney Walsh)

Selectors have time till May 23 to announce any change in their World Cup squads. Bangladesh play their warm-up matches against Pakistan and India on May 26 and May 28 respectively. They kickstart their World Cup campaign against South Africa on June 2. 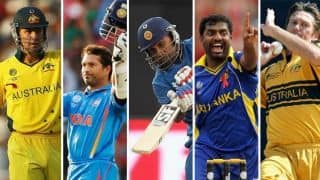 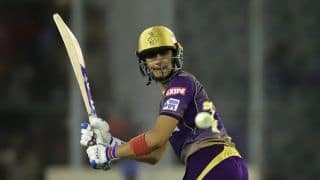