Shahzad was found in a local tournament in the Pakistani city of Peshawar without permission.

Mohammad Shahzad, who returned from one-year ban early this year, is once again feeling the heat from Afghanistan Cricket Board (ACB). Shahzad has been given an ultimatum to either move back to Afghanistan in a month’s time or lose his central contract. This step comes forward after it was found that Shahzad played in a local Pakistani tournament in Peshawar. It is the city in which he spent much of his early life in a refugee camp.

But ACB have laid down some strict rules in place for foreign-based players, issuing one-month notice to all of them. In an interview with ESPNcricinfo.com, ACB Chairman Atif Mashal said: “(Players) are not allowed to travel to any country without permission. Those players who are living on foreign land are given a month to move back to Afghanistan with their families, otherwise the cricket board will terminate their contracts. ACB has made a strict rule about player discipline and given them a one-month notice to adhere firmly with the policy.”

“All players and employees should be based in Afghanistan and they are not allowed to play in any foreign country without ACB’s approval,” he further added.

Shahzad was seen in fine form for Afghanistan in the ICC World Cup Qualifiers last month. He top-scored with 84 in the final against West Indies, helping Afghanistan qualify to the 2019 World Cup. Apart from Rashid Khan, Shahzad has also played a key role in Afghanistan’s rise in cricket. He holds 4,000 runs in international cricket.

As for the fine on Shahzad, Mashal mentioned: “He played in a club-level tournament without NOC (no-objection certificate) which is against the ACB code of conduct.” 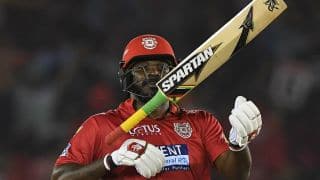