Mohammad Yousuf cannot understand the fuss around the proposed cricket series against India as he feels that apart from filling up PCB coffers.

Karachi: Former Pakistan captain Mohammad Yousuf cannot understand the fuss around the proposed cricket series against India as he feels that apart from filling up PCB coffers, it would hardly make a difference to either of the two countries or to the world. “I don’t know what the fuss is all about. Even if Pakistan and India don’t play, it is not going to affect world cricket nor the cricket of both countries,” Yousuf told PTI in an interview. “All this talk about Indo-Pak cricket series being essential for world cricket and for both countries doesn’t make sense to me since as it is we have not been playing regularly for years now and yet it has not affected our cricket,” he stated. PCB to wait 2 more days for Indian governement approval for India-Pakistan series

Yousuf, one of the top batsmen produced by Pakistan, said throughout his playing days only between 2004 to 2007 did he see regular exchange of bilateral cricket between the two countries. “Otherwise historically there have always been long gaps between the two countries. And it has not stopped the progress of either Pakistan or Indian cricket. We have survived well and if we don’t play against each other it doesn’t mean international cricket will stop,” he said.

He said the PCB should be honest enough to say they want to play India desperately because it would earn a lot of revenues for them. “I just see the financial angle as the reason for pushing for the series. And as far as I know the PCB is financially well off given the number of well-paid employees they have on their payroll, the perks and benefits enjoyed by their senior officials and the lavish spending and travel of the board people.”

“So I would advise the PCB to stop talking about the significance and necessity for playing with India as it would boost world cricket.” He said the PCB should instead be focusing on improving its domestic cricket structure. “The fact that we are going to have the Pakistan Super League shows we don’t have any financial problems. It is another thing just how this event will benefit the domestic level players in the long run.”

Pakistan’s former Test captain and great Javed Miandad said he had no doubt that neither the Indian government nor their board were interested in playing Pakistan. “They are just using delaying tactics. How can any country tell a host country where it should host its matches. I don’t see any benefit for us if we agree to play a hurriedly arranged series, we need to realise that the self-respect of Pakistan cricket is paramount above every other consideration.” 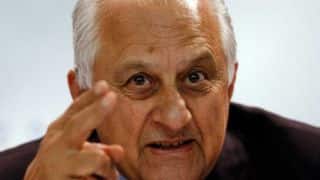 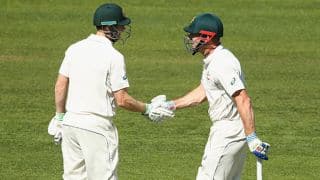