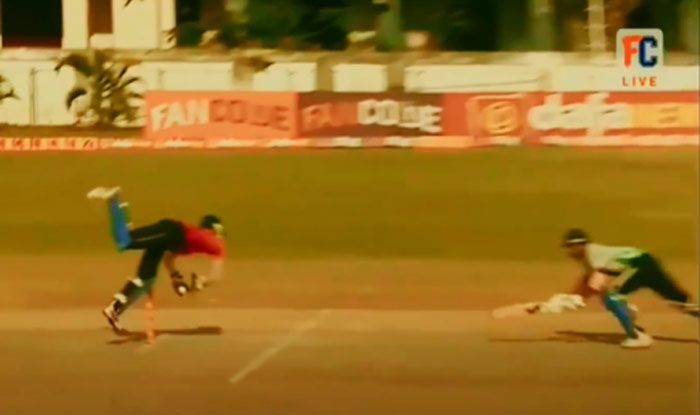 Mohammed Azharuddeen, Royal Challengers Bangalore’s latest recruit, has left the fans of the popular IPL franchise salivating, after he effected a stunning run out during the ongoing Presidents Cup T20 in Kerala. Azhar, who is captaining Kerala Eagles in the local T20 tournament, has been making waves ever since the start of 2021 when he smashed a century during the Syed Mushtaq Ali Trophy.

Following his performance, the wicketkeeper-batsman, who dreams of opening innings with Virat Kohli, was picked at his base price of Rs 20 lakh at the IPL auction held in February. And he has reminded the franchise of his abilities with a diving effort to dismiss KCA Tusker batsman Sreenath K, the video of which has gone viral on social media.

Sreenath K went a quick single after pushing one towards cover, However, the fielder stationed there quickly pounced forcing the batsman making his way back towards the striker’s end. Azhar, though, had to reach out to his left before dislodging the bails even as he tumbled and fell onto the pitch. The umpire immediately raised his finger.

This wasn’t his only contribution in the contest. He also scored 69 off 43 as well.

Why Mohammed Azharuddeen Has Been in News?

He caught attention after blasting 137 off just 52 deliveries for Kerala during a Syed Mushtaq Ali Trophy math against Mumbai. “I wanted to represent RCB and it’s amazing that they have picked me. It would be a surreal experience to share the dressing room with the likes of Kohli bhai and AB de Villiers. I’m thankful to everyone who helped me get here. It’s all just settling in slowly,” Azhar told The Indian Express after being picked by RCB.

RCB will kickstart their IPL 2021 campaign when they take on defending champions Mumbai Indians on April 9 in Chennai. 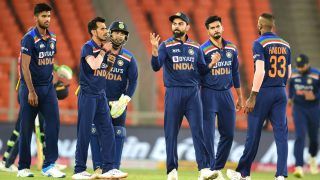 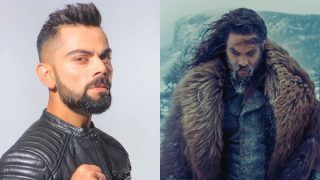