Pakistan s Mohammed Hafeez has constantly been called up for suspect action by umpires and has been under constant radar from International Cricket Council (ICC). Hafeez, cleared for the third time last week by ICC to bowl, has now raised concerns over the whole process in an interview with BBC Urdu: “There are so many things influencing all this: it has a lot to do with the power of [some] boards and nobody wants to take them on. Mostly there are soft corners and relations between people which no one wants to spoil. What I say is why not implement the rule and get every bowler in the world to go throug. What’s the difficulty in that?

Hafeez also expressed surprise at active cricketers who clearly flout the 15-degree limit: “When match umpires called me, I went for my test only to find the flex was recorded up to 16, 17 and 18 degrees. I was surprised: how can anyone with the naked eye see flex from 15 to 16, when at times they are not able to call those whose flex is 25 and even 30-plus? So I have my doubts about this calling system. This is suspicious: why are match referees or on-field umpires not able to see those flexing up to 35 but me with 16 degrees? 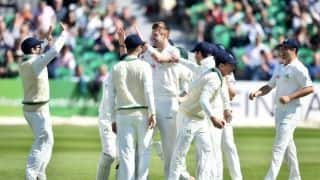 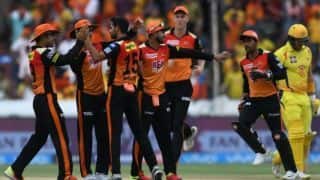