After West Indies tour, Mohammed Shami in touch with his lawyer from US; to be back in India on September

A case of domestic violence filed against him by wife, Hasin Jahan, has seen the Alipore court in Kolkata order for his surrender within 15 days.

Mohammed Shami might have left for the US from the tour of the West Indies, but he is in constant touch with his lawyer, as well as the BCCI.

A case of domestic violence filed against him by wife, Hasin Jahan, has seen the Alipore court in Kolkata order for his surrender within 15 days.

Speaking to IANS, a senior Board of Control for Cricket in India (BCCI) functionary said that the fast bowler will return to India on September 12, and till then he is in touch with his lawyer Salim Rahaman.

“Shami has gone to the US after the tour of West Indies got over and he will be back in the country on the 12th. He has been in constant touch with his lawyer on the court matter and has also spoken to the relevant people within the board on the matter,” the functionary said.

The BCCI had on September 2 — date of issue of court’s order — made it clear that no action will be taken against the bowler till they see the charge sheet.

A BCCI functionary had said that it was too early to take any action in the matter and a call can only be taken once the charge sheet is received.

ALSO READ: Shami will have to pay for what he has done, he cannot run away: Hasin Jahan

“Yes, we do understand that an arrest warrant has been issued. But don’t really see us getting involved in this at this point in time.

“Once we see the charge sheet, we can decide how things stand and if the BCCI constitution calls for any action. But at this point in time, I would say it is too early to take a call on the matter,” the functionary had said.

It was later clarified by Shami’s lawyer that it wasn’t an arrest warrant and the pacer had been asked to surrender. Shami’s wife in an interview to IANS had made it clear that there was no escape for the pacer.

“If Asaram Bapu and Ram Rahim failed to escape the law, who is Shami in front of them? I have been fighting for one and half years. I was getting hopeless. I was not financially strong nor did I have any kind of support. I was running from pillar to post but I failed to find a ray of hope and was giving up.

“It was like this case will get brushed under the carpet. But thanks to Allah, truth always wins.

“All allegations I had levelled against Shami have been proven right. The judicial system is the same for all. I am really happy and thankful for giving me justice and understanding my pain,” she had said. 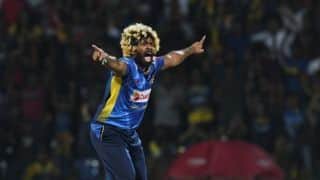 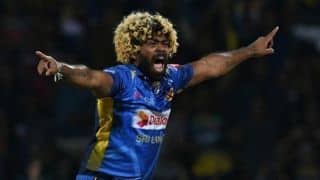