Mohammed Shami was recently found not guilty of charges related to corruption after BCCI s Anti Corruption Unit (ACU) headed by Neeraj Kumar gave him a clean chit. Shami was also later offered Grade B central contract by CoA. However, wife Hasin Jahan has other plans in place now. She has asked the ACU to make the reports public. As reported on Deccan Chronicle, ACU was to meet Jahan related to Shami’s controversy. The ACU sent their juniors to investigate the incident. Jahan’s lawyer Zakir Hussain echoed the same thoughts.

To her defense, Jahan said: “I am not surprised with the Indian cricket board s decision of awarding the contract to my husband. But it is a fact that Neeraj Kumar, whom the CoA had directed to probe, has never meet me. I only met a few junior level officials, supposedly sent by him. We have no issues even if my husband is given a clean chit on fixing charges, though I had submitted all his conversation and text messages.”

On Shami receiving his contract, Jahan added: “It is not going to make any difference (to me), if he starts playing again for the country, but what about his character? It is amusing that the BCCI has not considered his character and public image and said they were not concerned about his personal life.”

The lawyer, Hussain, is baffled by BCCI’s decision to continue Shami’s contract: “We submitted all photographs, proofs and evidence related to Shami s character. Our main concern was his connection with the women and the BCCI had withheld his contract on the basis of his bad image. At that time the fixing allegations had not even surfaced. Will request the Indian cricket board to make Shami s report public.”

Jahan had also met Bengal Chief Minister Mamata Banerjee to seek help. Mamata met her on Friday evening for span of 10 minutes. Jahan’s lawyer Hussain accompanied her for the meeting as well: “Yes, I accompanied Hasin to meet the CM. Mamata madam gave a motherly treatment to my client and consoled her with words of sympathy. Obviously, she cannot take up the issues with the Indian cricket board but assured her support.” 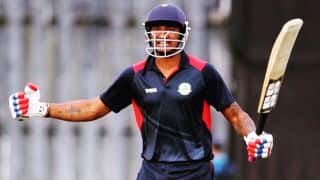 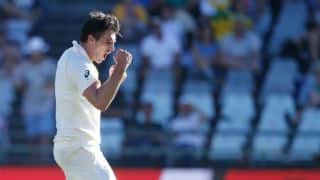