Mohammed Shami has pledged full co-operation from his side and his family as a Kolkata Police team arrived at his house.

Indian pacer Mohammed Shami has pledged full co-operation from his side and his family as a Kolkata Police team arrived at his house in Uttar Pradesh’s Amroha city on Sunday, to continue investigations into the numerous allegations he is facing from his wife, Hasin Jahan.

“My wife is unable to prove half of the allegations she has put on me. Now, I want to see to what extent she can go. I tried to solve the issue for seven to eight days, but she openly said she does not want to, so now I also do not have any option but to take this up legally,” added the 28-year-old pacer.

Shami’s wife had earlier alleged that his husband has abused her physically and mentally on multiple occasions and has been involved in extra-marital affairs.

Consequently, Shami has been charged under various non-bailable and bailable sections of the IPC, including Section 307 (attempt to murder) and Section 376 (rape) of the Indian Penal Code.

“My cricket has no link with this matter. This is just a tactic to spoil my career. I have requested BCCI to start their investigation at the earliest and if I am proved to be innocent then let me resume my practice so that my game is not affected,” said Shami. 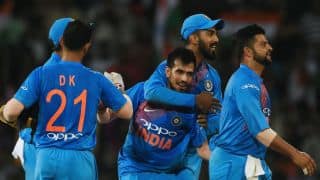 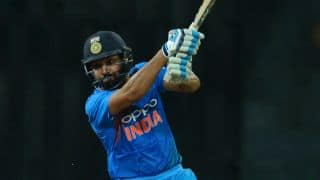