Mohammed Shami‘s wife Hasin Jahan filed a court case against her husband Shami in Alipore Court last evening. In her case, she has demanded INR 10 lakhs a month as maintenance fee to take care for herself and her daughter. According to a Times of India report, Hasin’s lawyers told: This case is different from the one we had filed before the police. Shami had not paid a single penny to Jahan since she had raised the issue. He had given her a Rs 1 lakh cheque that later bounced. Now she has no money to pay for the monthly expenses … It is his duty to take care of the family and pay for the wife and child s expenses. Hence we demanded the money Rs 7 lakh per month for Jahan and Rs 3 lakh per month for the child.

Hasin also pleaded to the court regarding her case. She said: I am at a loss from all ends. I had been to Delhi to meet him and was there for seven days but I can never forget the way he behaved with me. He also met the daughter only once. Hence I demand the maintenance fee as he is not taking any of our responsibilities. 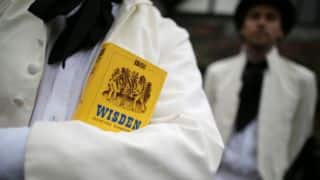