India's home series against England begins on February 5, with the first of the four Tests scheduled to be held at the MA Chidambaram in Chennai.

Shami was hit on the elbow by a Pat Cummins short ball during India’s second innings last Saturday, which ended at a record lowest score of 36 for nine at the Adelaide Oval. He was taken to a hospital for scans, which revealed a fracture.

“He is not likely to play the first Test versus England as rest and rehab will take six weeks. Once the plaster is off, he will do his rehab at the NCA (National Cricket Academy in Bengaluru),” a BCCI source was quoted by PTI.

Already ruled out of the remainder of the ongoing four-match Test series against Australia, Shami left for India on Tuesday.

India’s home series against England begins on February 5, with the first of the four Tests scheduled to be held at the MA Chidambaram Stadium in Chennai.

Shami has been one of India’s most lethal weapons in recent years and his absence will certainly weaken the team’s bowling attack.

During the team’s last tour of Australia in 2018-19 when it created history by winning the country’s first Test series Down Under, Shami performed admirably and ended with 16 wickets.

After he took the blow, the team’s medical staff rushed in to his aid and after some deliberation, the player decided to walk back to the dressing room.

After team physiotherapist Nitin Patel applied what looked like a painkilling spray, Shami tried to resume batting but didn’t seem comfortable and decided against continuing. 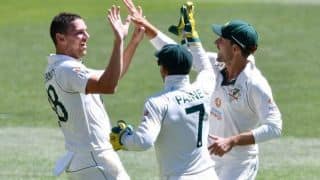 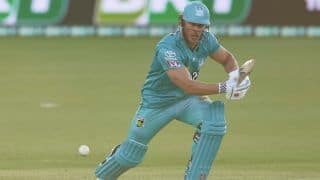