Shami's wife Hasin Jahan also alleged that he abused her physically and mentally and was also involved in several extra-marital affairs.

Mohammed Shami s off-field life has been taken to the cleaners by his wife, Hasin Jahan. She last evening filed an FIR against her husband, that has 7 charges recorded against him, including an attempt to murder and rape charge. Now in an exclusive to DNA, Hasin has alleged that Shami wanted her to have physical relationship with his brother as well. She also said that Shami was constantly having physical relations with sex workers and other girls during his overseas tours.

She also alleged that Shami wanted her Pakistani girlfriend to travel with him during India’s 2017 tour of Sri Lanka. She said: “Shami is a double-faced man. Before marriage, he never told me about his affair with this Pakistani girl.

However, Shami has called all the allegations baseless in his interaction with media last evening. He said: “Hasin and her family have been saying that we will sit and sort out all issues, but I don’t know who has been misleading her. As far as allegation of compromising my performance while playing for the country is concerned, I would rather die than do something like this.”

Hasin’s marriage with Shami was her second marriage and she has two daughters from previous wedding.

Talking about her life, Hasin said: I am not in touch with my first husband. Out of my two girls, one is staying with me while the other one is studying.”

Talking with ANI, she further said: “I have not received any help from anyone. So I took to Facebook to speak of my ordeal. Why did Facebook block my account & deleted all the posts without my permission?” 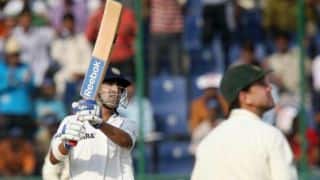