The South Africa tour will go underway from January 5 in Cape Town.

India will begin 2018 with the South Africa tour, one that will go underway from January 5. However, some change of plans was announced by Cricket South Africa on Monday. A press release by CSA mentioned that the two-day warm-up match has been cancelled. Instead, India will be having training sessions ahead of first Test in Cape Town.

The South Africa tour is likely to see the return of AB de Villiers and Dale Steyn. In a bid to experience quality bowling attack, India will be travelling with four First-Class bowlers for net practice sessions: Hyderabad s Mohammed Siraj, Madhya Pradesh s Avesh Khan, Kerala s Basil Thampi and Delhi s Navdeep Saini. Of them, Thampi travelling with the team seems unlikely after he was struck by a knee injury during the Ranji Trophy quarter-final clash between Kerala and Vidarbha.

These players have enough experience through India A, Ranji and IPL. Siraj even made his debut for India in the T20I series against New Zealand. He proved expensive on his debut in the second T20I but claimed the crucial wicket of Kane Williamson.

Confirming the news, a BCCI official told PTI, These four are the next-in-line bowlers after the top five who are in the Test squad. Since the pacers in the Test squad should not be put under over exertion during the net sessions, it is only prudent that the next best lot of quick bowlers are there to provide quality practice. 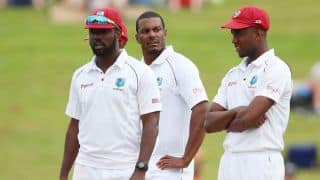