Siraj grew in confidence on the Australian tour.

India’s fast bowler Mohammed Siraj made a dream start to his Test career on the tour of Australia. Siraj had suffered a huge blow as he lost his father during the tour but decided to stay with the team and didn’t come back to India for the last rites. The fast bowler from Hyderabad revealed how the Indian team head coach Ravi Shastri put his weight behind him during that difficult time.

Shastri told Siraj that he will take a five-wicket haul on the tour. Siraj made an impressive start at the MCG and grew in confidence as the series progressed. In fact, Siraj, who was just two Test matches old in the Gabba Test match, was the leader of the pack.

The 27-year old fast bowler was able to deliver in the all-important match of the series as he scalped five wickets in the second innings. Furthermore, Siraj finished the tour with 13 wickets in three Test matches and he was India’s leading wicket-taker in the historic series, which they won by 2-1.

Mohammed Siraj gave credit to Indian skipper Virat Kohli, under whom he also plays in the IPL for RCB.

“Virat Bhai is always there. When I couldn’t perform well in the IPL two years back, he showed faith in my ability. He retained me in RCB and I am grateful for this,” said Siraj.

“When I lost my father during the Australia tour, both Ravi sir and bowling coach Bharat Arun sir were so supportive. Ravi sir came to me and told, tu test match khel, dekh tereko 5 wickets milega. Tere Daddy ka dua tera saath hoga (You play the test match. You will get 5 wickets as your father’s blessings will be with you). Match ke baad Ravi sir ne bahut khus hokar bola, tujhe bola tha na 5 wickets milega (I told that you will be getting five wickets). I became very confident after my coaches encouraged me in such a way,” Siraj told ABP news.

Mohammed Siraj was able to take giant strides on the Australian tour and he is a different bowler altogether. Siraj scalped six wickets in seven matches for RCB at an impressive economy rate of 7.34. The right-arm fast bowler was able to impress with his ability to hit the yorkers in the death overs. 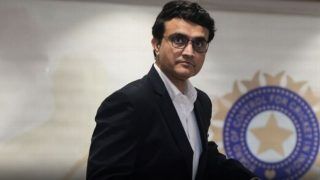