Mohit accounted for both openers.

Mohit Sharma took two early wickets in the second One-Day International (ODI) between India and Bangladesh at Dhaka. Mohit accounted for both openers as he had Tamim Iqbal caught behind second ball of the innings before accounting for Anamul Haque for a duck as well.

Mohit Sharma struck early, getting rid of Tamim Iqbal off the second delivery off the innings to put Bangladesh on the back foot early on. Mohit was hit for a four first ball, but got his revenge immediately. Umesh Yadav continued, bowling quick but straying on the leg stump a little too often. The pair helped India reduce Bangladesh to 19 for two after five overs.

Taskin entered the record books as he had the best figures by a Bangladeshi bowler on debut. He overtook Sohag Gazi, who had the previous record, having taken four for 29 against West Indies. India’s last pair of Mohit Sharma and Umesh Yadav put on an invaluable partnership to help India to three-figures. Yadav struck some blows towards the end, but could only delay the inevitable. 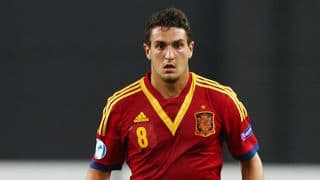