Former Pakistan international Mohsin Khan on Saturday threw his hat into the ring for the national team head coach's job.

Former Pakistan international Mohsin Khan on Saturday threw his hat into the ring for the national team head coach’s job left vacant after the cricket board decided not to renew South African Mickey Arthur‘s contract.

Mohsin, who has remained a chief selector and also the interim head coach of the national team, said at a function in Karachi that the PCB could easily find a capable person from the country to coach the national team.

“I have been offered positions twice thrice by the previous board set-up but I did not accept because I could not work with a corrupt set-up. But I am willing to work with this set-up provided they show respect to their own players,” he said.

Asked if he has applied for the head coach’s job, Mohsin said since it was a requirement he will do it but insisted the process was not necessary when appointing local coaches.

He said Pakistan team does not need a foreign coach and foreign support staff. “What have these foreign coaches achieved when the board has hired them? What did Arthur achieve?” he questioned.

Mohsin said if he is offered any position by the Board, he would make it clear he would not compromise on discipline. “Sometimes, I feel those people have not utilised my expertise as they know I am not corrupt and will not do any hanky panky,” said Mohsin who played 48 Tests between 1978 and 1986.

Former Pakistan opener Aamer Sohail, who has also served as chief selector in the past, said the Cricket Committee headed by Wasim Khan had taken the right decision to give marching orders to Arthur and his support staff.

“Yes, it was the right thing to do after three years but what is important is to see what happens now. I think we have enough capable people in our own country who can do a good job with the team,” Sohail said.

He also noted that the PCB needed to change its priorities.

“They have asked for coaches qualified to run so many software programmes to apply for the coaching positions and the funny thing is that what steps does the board take to educate its own local coaches in such programmes,” he said. 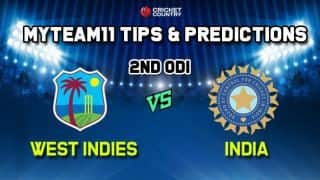