Moises Henriques had relinquished NSW captaincy to take time out. He will be back this Australian summer.

Australian all-rounder Moises Henriques spoke on how he conquered mental illness, according to a cricket.com.au report. Henriques came out on the topic just ahead of The Chappell Foundation’s Sports Stars Sleepout, an initiative involving 21 Australian athletes sleeping under the stars at Sydney Cricket Ground on Sunday to raise funds for youth homelessness. Henriques had tweeted on the same topic on Tuesday, pleading all to join him in the initiative.

The 31-year-old stepped away from the game during last summer’s KFC Big Bash League before returning to cricket without the captaincy and a refreshed state of mind.

Henriques had taken time out from cricket earlier this year. He has returned rejuvenated: “I feel much better than what I was over that Christmas and New Year period, at that stage I just needed some time to get a few things right and get back into my processes. With a couple of weeks away I’ve started to feel much improved and in a much clearer head space.

“I’ve played over 380 professional games of cricket now — T20, First-Class and One-Day cricket — and it’s the first time I’ve ever taken a break from cricket other than injury.

“Everyone has a different way of dealing with those challenges. When you’ve spent such a long time in the one workplace, you just start to, I guess, sometimes you might go away from what works and you find yourself in a place where you don’t want to be.”

Henriques will return to play for New South Wales Blues this Australian summer. Having relinquished his captaincy, he will now play under Peter Nevill. 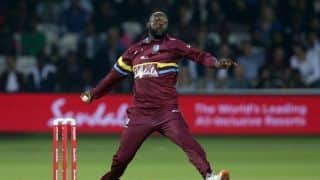 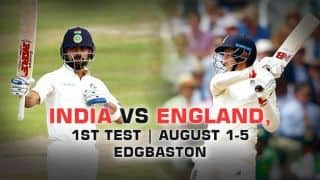