Troubled England left-arm spinner Monty Panesar will be released by his county Sussex at the end of the current season after concluding their investigation into his drunken behaviour outside a Brighton nightclub. 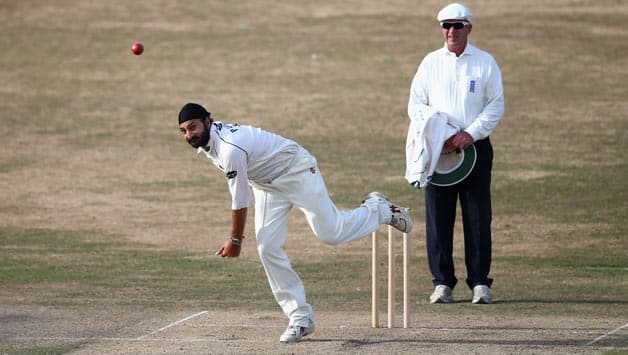 Troubled England left-arm spinner Monty Panesar will be released by his county Sussex at the end of the current season after concluding their investigation into his drunken behaviour outside a Brighton nightclub.

Panesar, 31, was fined by the police earlier this month for urinating on the bouncers after he was thrown out of the nightclub. Sussex had then announced that they would investigate the matter, and have now confirmed that Panesar has played his last match for them.

A statement released by the county read: “Sussex County Cricket Club can confirm that Monty Panesar will be allowed to leave the club at the end of the 2013 season. The club’s investigation into the recent incident, which took place on Monday August 5, has been concluded — and both parties have reached agreement. He will become a free agent as of Friday September 27, 2013.”

The statement added: “Additionally, Sussex has agreed to Monty’s request that he be allowed to play on loan for a club in Division Two of the LV=County Championship until the end of this season.”

The Guardian reported that Panesar is likely to spend the remainder of the season on loan with his former club Northamptonshire.

After the nightclub incident, news of Panesar’s marriage breaking up came to the front which threw light on the cricketer’s personal struggles.

Sussex chief executive Zac Toumazi said, “Clearly this season has been a very difficult time for Monty Panesar. Having reviewed the whole situation, the club has agreed that Monty be released from his contract. This will give him every opportunity to put his personal and professional life back on track.”

Sussex’s professional cricket manager Mark Robinson added: “Monty has been an integral part of the professional cricket team and has been a valuable contributor to the overall performance of the club during his time at Sussex. He is an outstanding bowler. I would like to thank Monty for his contribution and wish him well for the future.”