Eoin Morgan won the race for the vacancy in England's middle-order when he was named in a 12-man squad on Sunday for the first Test against Sri Lanka, seeing off the challenge of Ravi Bopara. 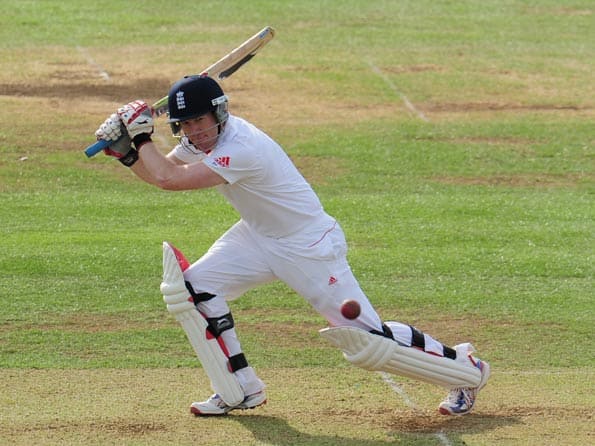 Eoin Morgan won the race for the vacancy in England’s middle-order when he was named in a 12-man squad on Sunday for the first Test against Sri Lanka, seeing off the challenge of Ravi Bopara.

Morgan, who was in the Ashes squad but did not play in any of the Tests, has long been considered the next batsman in line and his inclusion for the series opener against Sri Lanka, the first of a three-match series, in Cardiff on Thursday reflects England’s desire for consistency of selection.

The 24-year-old Morgan played the last of his six Tests against Pakistan at Lord’s in May last year.

Earlier this week he scored 193 against Sri Lanka for the second-string England Lions in a four-day fixture in Derby that concludes later on Sunday.

There had been speculation Morgan’s decision to spend the early part of the English season playing in the Indian Premier League (IPL), rather than the County Championship, could against him.

Bopara, by contrast, decided to miss this year’s IPL and the Essex all-rounder also has the ability to bowl lively medium-pace.

But England have long had a policy of relying primarily on four specialist bowlers and fielding six specialist batsmen plus wicketkeeper Matt Prior.

Meanwhile fast bowler Steven Finn, who played in the first three Tests of the Ashes series win before losing his place to Tim Bresnan, was recalled after the Yorkshire seamer was ruled out, probably of the whole Sri Lanka series, with a calf injury.

Finn, who was competing for a squad spot against Ajmal Shahzad, offers seam bowling support for the frontline trio of James Anderson, Stuart Broad and Chris Tremlett.