Pakistan's chief selector Mohsin Khan has dismissed claims by experienced all-rounder Abdul Razzaq that there was a conspiracy to oust senior players from the national cricket team. 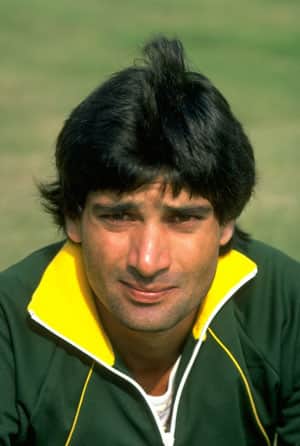 Pakistan’s chief selector Mohsin Khan has dismissed claims by experienced all-rounder Abdul Razzaq that there was a conspiracy to oust senior players from the national cricket team.

Mohsin said neither the Pakistan Cricket Board nor the national selection committee have any bias against the senior players and insisted all choices were being made on merit.

“There is no conspiracy or bias against senior players.

Deserving players are getting their opportunities. Senior players like Razzaq are always in contention and can always win back their places in the team on sheer performance and experience,” he said.

Razzaq has accused a particular lobby of being active and responsible for the ouster of senior players from the team.

Before the World Cup, the selectors sidelined former captains Muhammad Yousuf and Shoaib Malik and after the tournament they left out Razzaq and wicketkeeper Kamran Akmal.

After the World Cup, seniors such as Shoaib Akhtar and former captain Shahid Afridi announced their retirements due to disputes with either the team management or the board itself.

“There’s a lobby which is misguiding the chairman who is working sincerely for the promotion of the game,” Razzaq has claimed.

“They just want to secure their position in the board and their agenda is against the interest of Pakistan cricket,” added the all-rounder. It’s the job of the selection committee to finalise the team,” Mohsin retorted.

“I don’t know about any lobby and I don’t feel there is any agenda against the senior players,” he added.