Archer, who was picked to bowl the Super Over, revealed he did not know how he'd have reacted had England loss 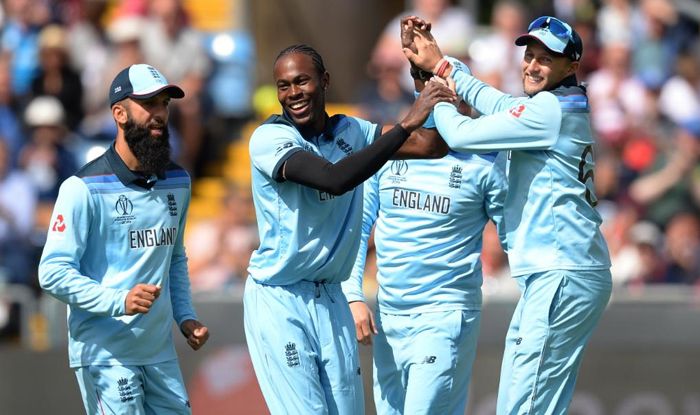 To break the monotony of lockdown, stars of England’s World Cup final triumph joined the Sky Sports podcast and recalled the epic final at Lord’s on July 14 last year. Ben Stokes, Jos Buttler, Jofra Archer and Mark Wood watched the match together for the first time and reacted to the thrilling Super-Over finish.

Archer, who was picked to bowl the Super Over, revealed he did not know how he’d have reacted had England loss. With New Zealand needing 16 to win, Archer began with a wide but came back strongly to give away 15. The match ended in a tie and England were declared World Cup winner on the basis of a higher boundary count.

“Looking back, it was a bit crazy to let me bowl it, a guy so inexperienced in and around the team. I honestly thought Chris Woakes or Plunkett would bowl it but that just didn’t happen. I think it was good that the last thing I heard was [Ben Stokes telling me whatever happened wouldn’t define me]. Yorker was my go-to ball, something I knew I could do. I couldn’t believe the first ball was a wide,” Archer said.

“The most relieving thing was that we won. If we’d lost, I probably would have asked for leave or taken a month or two off cricket. I honestly don’t know. I take losses really hard so god knows what a loss in the World Cup final would have done to me.”

If Archer defended 16 off the over, with two needed off the last ball, Jos Buttler was the man who stopped Martin Guptill from completing the second run, collecting the ball from a throw in the deep and whipped off the bails, which triggered England’s celebrations.

“All the emotions. Relief, happiness. That 30 seconds to a minute from taking the bails to all of us running around was the most incredible feeling. A couple of hours later, one of the security guards brought my gloves and cap back. I had no idea where they went after throwing them up,” Buttler said.

“I was so excited to get to touch the World Cup. I remember the day before having awful thoughts about walking past it and not being able to pick it up. I couldn’t wait for Morgs to lift it and to be able to hold it. It was the justification of it all coming together. We felt so low in Adelaide after going out of the 2015 World Cup but the turnaround was so quick.”

And then there was Stokes, the Player of the Match in the final, who along with Buttler brought England back in the chase with a century partnership. Stokes took the match into the final over, of which 15 were required. After two dots, he drilled a six over cow corner, followed by a questionable overthrow, which went for four after the ball ricocheted off a him while diving. Two needed off the last ball, Stokes and his partner ran for their lives, but at the non-striker’s end, Mark Wood couldn’t cross the line and the match was declared a tie.

“This bit of cricket here felt awful because I thought ‘what have I done?’ And then it was six. Straight away I knew [I had not got enough off the ball], my head went down straight away. I was jogging through praying something would happen. I can’t believe it did,” the allrounder said.

“I’ve never in my life played this shot against a seamer. I don’t know what I was thinking. I’d never done it and then did it twice in 15 minutes [after also hitting four that way in the Super Over].”

Regarding the Guptill overthrow, Stokes said: “What are the chances of that happening? It was a 70-yard throw. I had no idea it was six. If it had been five and we got to the last ball needing three, it would have changed the way I played the last ball.” 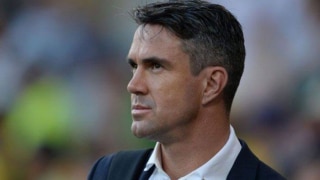 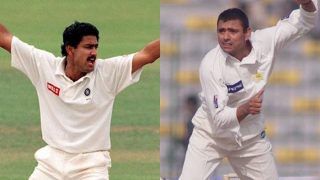 He is Like An Elder Brother: Saqlain Reveals Equation With Kumble