As per the MPCA constitution, the existing body will remain in vogue till the new office-bearers are elected.

Indore: The Madhya Pradesh Cricket Association (MPCA), in its annual general meeting (AGM) held on Monday, decided to postpone its proposed elections in view of the Supreme Court-appointed Justice RM Lodha panel‘s recommendations and till the clouds over poll procedure get cleared. It also decided that as per the MPCA constitution, the existing body will continue to remain in force. The term of the present body will end on August 31. “In the AGM, we decided that till we get clear instructions from the Lodha panel and BCCI and things don’t get clear on the issue of elections, our existing body will continue to work till the new one is constituted,” MPCA chairman Jyotiraditya Scindia told reporters. MPCA conducts AGM, decides to put biennial election on hold

As per the MPCA constitution, the existing body will remain in vogue till the new office-bearers are elected. “We will follow whatever directives we receive from Lodha panel. Our AGM took place as per the constitution, in which accounts were verified and it has decided to form an Ethics and Code of Conduct Committee,” he said. Scindia also informed that as per the Lodha panel’s recommendation and BCCI’s directives MPCA in its AGM has given its green signal for the appointment of an Ombudsman and it will appoint one soon. BCCI submits first compliance report to Lodha Panel

Answering a question on improving performance in Olympics, Scindia said a new strategy should be framed by simplifying bureaucratic complexities. “Besides, talent search should be initiated up to rural areas, quality of coaching and infrastructure should be improved and enhancement in sports budget among others is needed to be done,” he said. Chennai Super Kings, Rajasthan Royals not to pay IPL annual fee

Taking a dig at Prime Minister Narendra Modi on the issue, he said that before becoming the PM, in his speech Modi had said that if NDA comes to power at the Centre, then the country will get more number of medals. “This speech should be replayed before the public and the Prime Minister should reply to the people that the NDA government, led by him, has initiated what kind of steps in the last two years for improving India’s performance in Olympics,” he said. 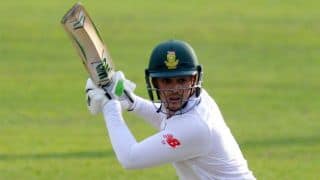 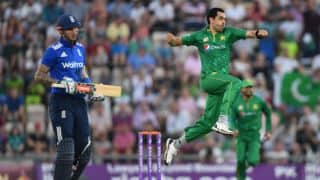 Pakistan vs England, 3rd ODI: Visitors need to step up before series goes out of hand