Former Indian wicket-keeping great Farokh Engineer has questioned skipper Mahendra Singh Dhoni‘s ploy to stand back against spinner Ravindra Jadeja during the second Test at Lord’s. India won by 95 runs to take a 1-0 lead in the five-Test series against England.
“Standing back to Ravindra Jadeja didn’t make sense at all,” said Engineer. “I just couldn’t fathom why he was doing so. There were times when the other fielder behind the wickets, Virat Kohli, was standing next to Dhoni and it looked like there were two wicket-keepers in there. I have never seen anything like this in international cricket. It was baffling and mind boggling. He is a far better wicket-keeper than he showed at Lord’s.”

After the match, Dhoni had gone on to explain this particular ploy. “Actually I wanted to have a fielder there (behind the wicket on leg-side). But according to the rules, you can’t have three fielders there. So I wanted Virat to stand slightly wide from where he was standing because anything like a snick or a faint edge on the leg side would have gone between me and him. So the plan was to stand behind and cover that,” he had said.

The game has really changed in the current scenario and it is more about what suits you at this point of time,” he had added, when asked if this move was in sync with proper wicket-keeping. Clearly, one classic-era wicket-keeper counted amongst one of India’s best behind the stumps, didn’t really appreciate it. “I am a huge fan of Dhoni. He reminds me of my own playing days, my own cricket,” said Engineer. “But that reasoning is not valid. What would he have done if he was keeping to Bhagwath Chandrasekhar who used to give the ball a rip without too much rough on the wickets? Thank God he never kept to that legendary leg-spinner.”

“Of course there was rough at Lord’s pitch, have you ever seen a pitch without some rough areas on day four and five. But was it a lack of confidence that he couldn’t stand up to stumps and catch them? In fact if I compare from the 2011 series, he has really improve his wicket-keeping skills. “So this standing back to the spinner was absolutely unnecessary in what was otherwise a magnificent win,” he added. 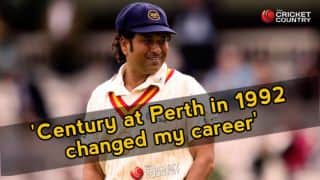 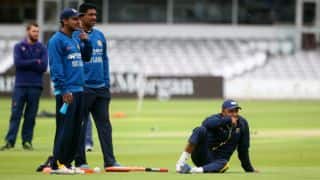