Embarrassed and dejected after being outplayed for the second successive time by England, Indian captain Mahendra Singh Dhoni held his batsmen responsible for the debacle, saying that they failed to convert starts into substantial innings. 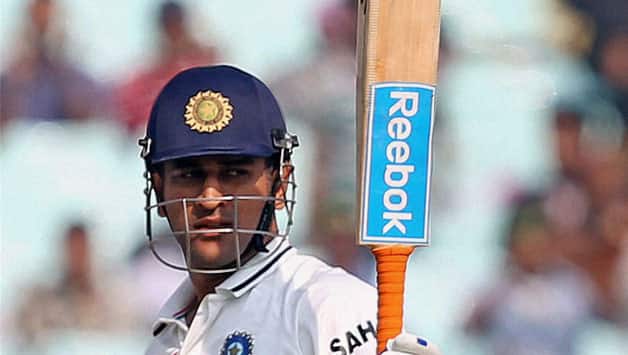 Embarrassed and dejected after being outplayed for the second successive time by England, Indian captain Mahendra Singh Dhoni held his batsmen responsible for the debacle, saying that they failed to convert starts into substantial innings. England won by seven wickets in the third Test here today to take an unassailable 2-1 lead in the four-match series, which India were expected to dominated given their formidable home record. But the home team has completely fallen apart in the last two Tests and is currently looking down the barrel ahead of the series-decider in Nagpur starting December 13. “We need to give bowlers a few more runs. We haven’t scored consistently over 300. On this wicket we should have scored 450 or above. The batsmen who got starts didn’t make it matter,” a livid Dhoni said at post-match presentation ceremony. “In the second innings, it was like a landslide we couldn’t stop,” he added referring to the collapse that saw the team fold up for 247, leaving England with a victory target of just 41 runs. Dhoni, however, tried to put up a brave face by stating that the team would make a strong comeback in the fourth Test in Nagpur. “We have everything to play for in Nagpur. Everybody needs to pull up their socks. Of course the better team won here. They bowled in the right areas they fielded well… They played well but we need to retaliate,” he said. In contrast, his opposite number and man of the match Alastair Cook had a huge grin on his face after being the hero of England’s win with a first innings personal score of 190.

“Everyone performed. To keep India to 300 on that wicket was a great effort. Credit to all the hard work we have put in. It was a tough morning session yesterday,” said Cook, who has been played the sheet-anchor role to perfection during the series. Humble about his fantastic run with the bat, Cook said luck has played its part in his superb form. “We knew we needed to strike early, that’s what Graeme Swann did. It is nice to contribute to the team success. To score runs out here you need to bat long period. I needed some luck also,” he said. Cook said the team would party hard to celebrate the win but will recover in time to turn up fresh for Nagpur. “We have to recover well, this win has taken a lot out of us. We will try to win the series in Nagpur, we can’t be complacent,” he said.