MS Dhoni calls for Indian batsmen to be more consistent

MS Dhoni calls for Indian batsmen to be more consistent

Dhoni is upbeat despite series loss and urged the team to develop a siege mentality.

India‘s dismal overseas Test record is threatening to hit Mahendra Singh Dhoni‘s run as captain but the man in the line of fire continues to harp on the “positives” even though his own assesment of the team’s troubles runs longer than the gains he can list.

Team India finished their New Zealand tour without a single win. They lost the first Test in Auckland by 40 runs and then could only manage to draw the second Test in Wellington, despite being in a handsome position at the halfway point in the match.

Thus, they surrendered the Test series 0-1, and prior to this, lost the five-match One-Day International (ODI) series 0-4.

It is a three-month long winless streak, stretching back to the tour of South Africa. There, Dhoni’s team lost 0-2 in the ODIs and then 1-0 in the Test series. In fact, the last competitive match the Indian team won was in the last week of November in the third ODI against the West Indies at Kanpur, almost an age ago.

Furthermore, if Test matches played overseas are singled out, then their last win also came against the same opponents in the first Test at Kingston in the summer of 2011.

Since then, India have played 14 Test matches in West Indies, England, Australia, South Africa and New Zealand (in that order), and have won none of them. It includes the infamous 0-8 losing run as well as two recent losses in Africa and now in New Zealand, while four matches were drawn.

All in all, this makes Dhoni the Indian captain with the worst Test losses’ record overseas 11 defeats in 23 matches leading the team away from home.

When this question was put to him after India lost the Test series to New Zealand on Tuesday, he replied, “I am someone who speaks more about the process rather than thinking about the results. If you compare those two series (8-0) with the last couple we have played, there is plenty of improvement. That’s what it’s all about.”

Dhoni’s words need to be taken with a pinch of salt because it cannot be denied that this Test team being built currently doesn’t have too much connection to the one from two years ago.

From the present squad, only Dhoni himself, Zaheer Khan, Ishant Sharma, Ravichandran Ashwin and Virat Kohli were part of the 8-0 defeats.

The first three played on both tours, while the latter two only experienced the losses in Australia as also did Wriddhiman Saha. Rohit Sharma was in the squad for Australia but didn’t get to play a single game.

The big difference with the tours to South Africa and New Zealand is that the transition is now over. The likes of Sachin Tendulkar, Rahul Dravid and VVS Laxman are gone, while Harbhajan Singh, Virender Sehwag, Gautam Gambhir and Yuvraj Singh have been sidelined. Zaheer seems to be on the last stretch of his Test career.

This squad then and the players named above becomes the team for the future and it is essential that their umbilical cord from the team of two-years-past be cut.

They have more in common with the team of late nineties when Dravid, Laxman and Sourav Ganguly were making their bones given how raw they are in terms of experience of playing cricket in overseas conditions.

As such, if these four Tests are seen independent of what happened in 2011-12, Dhoni’s words do ring out true.

“It is very important to statistically say this is what has happened and this is where we have improved. But overall if you see our performance has been good. Continuing from South Africa, here also wickets in both Tests turned out to be flatter side. But our bowling performance here was really good,” said the only Indian captain under whom the team has won both the Twenty20 (T20I) and ODI World Cups.

“Overall the performance has improved ? how we have performed, how we have improved our bowling, how we have handled the opposition bowling. We can improve our batting further and that is one area where I think there will be improvement,” said Dhoni.

A key feature of the Indian batting has been ‘leaving the ball’ and almost all of the batsmen have got runs at some stage or the other. Shikhar Dhawan struggled in South Africa, but sorted out his form here.

Murali Vijay experienced the reverse as did Cheteshwar Pujara, Virat Kohli and Ajinkya Rahane were the most consistent performers on both tours, while Rohit Sharma had one decent knock to his name.

“It is more important to improve as cricketers than just scoring runs and that is what we wanted our batsmen to achieve from these two tours. As a batting unit we have done well and we have shown improvement.

“But it is important to be more consistent. All batsmen have got one good innings in last four Tests. If we can convert that to two or three in four tests, then overall the situation of team will improve,” said the captain, talking about his team’s traditional strength.

In the last four Tests, with the combined efforts of the batsmen and bowlers, India got into winning positions in three of those matches, at Johannesburg, Auckland and Wellington.

Yet they somehow managed to squander away those positions of advantage and lost in two of them.

If compared with the 8-0 run, the Indian team was never this competitive in any of those games. It is a matter of time, then, before these youngsters are able to impress upon these situations of advantage as well.

“We haven’t really capitalised on any positions of strength on this tour, or even in the Test series in South Africa. You want to improve to a stage where the good starts become better starts and then you capitalize on them.

“There are lots of positives from these two tours and we have important tours to England and Australia coming up later in the year. It is vital that we gain from this exposure,” said Dhoni, signing off from New Zealand. 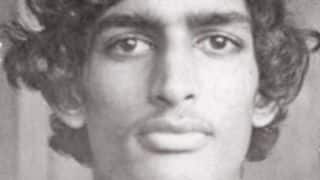 Roger Wijesuriya: Sri Lanka's left-arm spinner who has one of the highest Test bowling averages 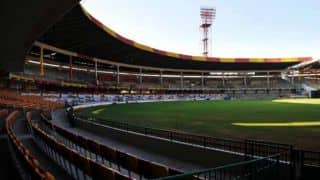