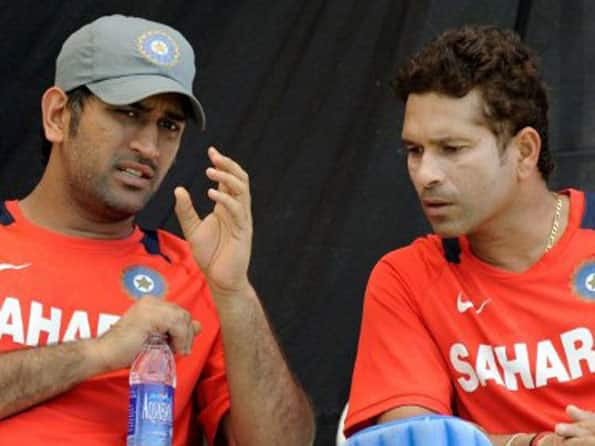 “This (Rajya Sabha) is a new avenue for him and I am sure he will do well and contribute there also,” Dhoni, who is here as part of his visit to the forward area of the Line of Control (LoC), told reporters here, 55 kms from Srinagar.

Dhoni, who was inducted as an honorary Lt Colonel in the Army last year, said Tendulkar has excelled in cricket and in whatever he has done so far.

“I would like to wish him all the very best. He has been contributing in cricket and has done well in every field,” Dhoni said.

Dhoni’s comments came a day ahead of Tendulkar making his debut in the Upper House of the Parliament.

Tendulkar, who turned 39 recently and was nominated to the Upper House in April, is scheduled to take oath as member of Rajya Sabha by Chairman Hamid Ansari on Monday. (PTI)