MS Dhoni gets felicitated at CCI; ensures he will keep captaining in IPL and Jharkhand

MS Dhoni gets felicitated at CCI; ensures he will keep captaining in IPL and Jharkhand

Though this is his last game as Indian captain, MS Dhoni mentioned that he will continue to lead in IPL and even Jharkhand.

The atmosphere at the Brabourne Stadium was electrifying on Tuesday. Fans in Mumbai flocked around the stadium to watch MS Dhoni lead an Indian side for one last time. Dhoni dropped a bombshell last Wednesday when he resigned from India’s ODI and T20I captaincy. Later last week, the national selection committee headed by MSK Prasad elected Dhoni to lead India A for the first warm-up one-day game against England. There were roars around the ground when Dhoni arrived for the toss, for one last time in the Indian blues. He tossed the coin and went on to lose it. England elected to bowl.

Ravi Shastri Laxman Sivaramakrishnan was there for the toss, so the tone was different from usual. Dhoni acknowledged the crowd. Though this is his last game as Indian captain, Dhoni mentioned that he will continue to lead in IPL and even Jharkhand. Here is some good news for Indian fans who thought this was the last of Dhoni as a skipper. This is my last game as Indian captain. Of course, I will lead in the IPL and maybe even Jharkhand, announced the voice Indian fans are accustomed to hearing during the toss. The words were again received with roars. Dhoni may have stepped down as the Indian captain but he is not finished with leading. MORE: Dhoni quits captaincy

He also mentioned that he would ensure Yuvraj Singh get more bowling.

Earlier, Cricket Club of India (CCI) that premises the Brabourne Stadium felicitated Dhoni with a memento.

Felicitations in order for @msdhoni. He was felicitated by The Cricket Club of India before the start of game today #TeamIndia pic.twitter.com/EqOCpcxwwK

Dhoni is India’s most successful captain across formats. Taking over captaincy reins in 2007, Dhoni remains the only skipper to have bagged all three major ICC Trophies and has also led most games as an international captain. Having led India in 331 matches, Dhoni has won 178 of them. In terms of wins, he is only behind Ricky Ponting, who has won 220 from 324 games. 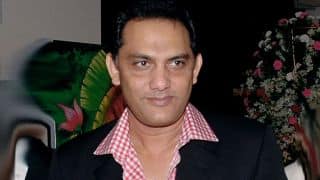