“He is a good captain… He has patience to bring the team out of difficult situations besides he has good coordination with the team mates,” said, Wadekar who is also the President of All India Cricket Association for the physically challenged.

Expressing confidence that the team will put up a good show in the coming World Cup, Wadekar said the team selected for the competition is a balanced one. ICC Cricket World Cup 2015: Complete Coverage

“Indian cricketers have good record in one day matches”, he said adding that the game today has become commercial although technically it has not changed much… players can play in any format of the game.”

Wadekar, who has also been chairman of the selection committee, said that he had always been in favour of selecting a balanced team although in his days there was a dearth of fast bowlers. ICC Cricket World Cup 2015: POINTS TABLE

“We had to make do with spinners and what was special was that they used to give results,” he said naming some of the legends like Bishen Singh Bedi among others.

On the physically challenged cricketers, he said that they should not be discriminated upon as they do not need sympathy but acceptance.

“Sports will help them become self reliance,” he said. Saeed Ajmal cleared: How he can fit in the Pakistan squad for ICC Cricket World Cup 2015 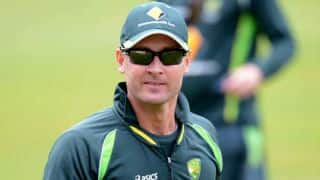