Captain Mahendra Singh Dhoni hoped that Team India would win at least the fifth and the final ODI against England after the fourth ODI at Lord`s ended in a tie due to rain interruption. 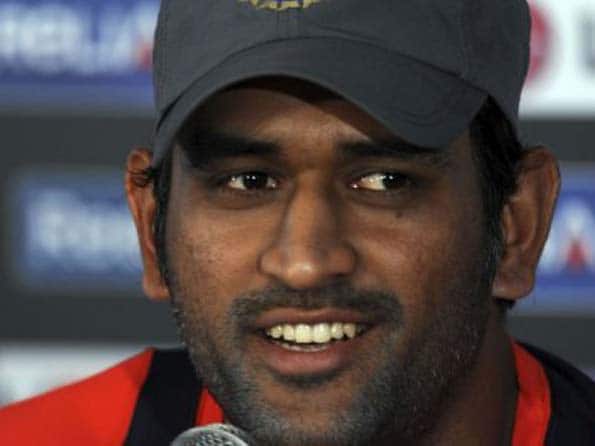 Captain Mahendra Singh Dhoni hoped that Team India would win at least the fifth and the final ODI against England after the fourth ODI at Lord`s ended in a tie due to rain interruption.

After a winless tour, India were staring at their first win on English soil but rain interrupted the match for the third time when the hosts needed 11 runs to win off seven balls with two wickets in hand.

But with the rain falling the Duckworth/Lewis method came into play and India were unlucky. England clinched the series with still a match left.

“We have not won anything. It has been a long tour, we have one more game, we will give it our best,” said Dhoni, who scored 78.

Dhoni had words of praise for Suresh Raina, who struck a blistering 84, with whom he shared a crucial 169-run that propelled India to 280 for five and the tourists seemed set to secure their first win over England, having suffered a whitewash in the Test series.

“We know Raina has fair amount of firepower and if he gets going can destroy any attack in the world,” said Dhoni.

The India captain also praised part-time spinner Ravindra Jadeja, who picked up the crucial wicket of Ian Bell, who scored 57.

“Jadeja is doing his job brilliantly. In conditions like these, it is hard for the part-timers. Today when the ball got wet, we had enough resources,” said Dhoni.

Raina, who was adjudged as the joint Man of the Match with Ravi Bopara, said he was disappointed at not getting a big score.

“I was batting well but not getting big scores. My game plan is simple, when I get the ball in my areas, I play my game. Disappointing for Ravi to not have got the 100,” he said.