While Mahendra Singh Dhoni's newly renamed FIM Superbike Championship team, Mahi Racing Team India, has signed two new racers both of whom have been world champions the Indian skipper hopes to see an Indian ride for his team in the future. 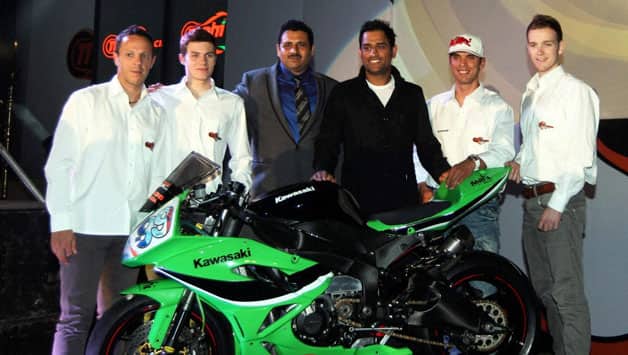 While Mahendra Singh Dhoni‘s newly renamed FIM Superbike Championship team, Mahi Racing Team India, has signed two new racers both of whom have been world champions the Indian skipper hopes to see an Indian ride for his team in the future.

“Hopefully, one day, we can see an Indian driver on our bikes,” Dhoni was quoted as saying by The Indian Express. His team has signed up Turkish ace and current world champion Kenan Sofouglu, along with French former world champion, Fabien Foret, as announced at an event in the city on Wednesday.

Sofouglu is an experienced driver, having won the championship three times in 2007, 2010 and the recently-concluded season with the Kawaski team after the Portuguese Grand Prix. He also raced in the World Superbike Championship for Ten Kate, but with little success.

Dhoni s team had debuted in the 600cc class this year as India’s first FIM World Superbike Championship Team. Despite its mid-season entry, the team put up a strong performance before peaking in the final race at Magny Cours, France, with a podium finish for its rider, Dan Linfoot.

The FIM World Superbike championship will debut on Indian shores in March next year, at the Buddh International Circuit (BIC), which has successfully hosted two Formula One Grands Prix.

Mahi Racing Team India is aiming for the championship as they prepare for their first full season at the 2013 World Superbike Championship.

The new drivers, along with the retained ones (Linfoot and Florian Marino) will test the Kawasaki ZX-6R during the official winter testing session.

Dhoni has big plans for his team and wants to spread the sport in the country. “We plan to open a riding school,” he said. 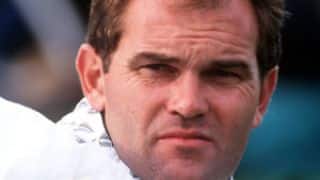 ODI sandwiched between a Test; Martin Crowe shows his excellence in both