Mahendra Singh Dhoni believes that the upcoming tour of Australia will be a great platform for the youngsters to showcase their talent.

Mumbai: India‘s limited-overs skipper Mahendra Singh Dhoni believes that the upcoming tour of Australia will be a great platform for the youngsters to showcase their talent in different conditions after a successful domestic season. The visitors will be playing five One-Day Internationals (ODI) starting on January 12 in Perth followed by three Twenty20 Internationals. Youngsters Gurkeerat Singh, Rishi Dhawan, Varinder Sran and Manish Pandey were included in the ODI squad while Hardik Pandya was included in the T20 squad. FULL SCORECARD: India vs Australia 2015-16, 1st ODI at Perth

“I think this tour is a perfect platform for the young team to show their class and talent in world stage. The guys have performed well in the domestic season and this series will give them the opportunity to build themselves for the future ahead,” Dhoni said at a press conference here before leaving for Australia on Tuesday. “Quite a few players will get to face and play international cricket and that will help them know where they stand in the circuit,” he said. India to play practice game against Governor-General’s XI in Sydney on January 22

With the World T20 coming up in March in India, the 34-year-old believes that the three T20 matches in Australia will give a good opportunity to the players to prepare themselves. “Good to have three T20 matches there. Normally in a bilateral series we play one or maximum two T20s. But now it will be good to rotate the players and try different players who will play in the World T20. I think it will help the players come in good shape,” the 2011 World Cup winning skipper said.

Star Indian pacer Mohammad Shami, who has returned from injury, has been included in the squad. Speaking on the 25-year-old, Dhoni praised the Bengal pacer, terming him as someone who is consistent and also adding that it will be interesting to see him perform after injury. “Shami as we all know is a consistent bowler and he has won matches for us. He has worked hard in his rehab and looks in good shape. It will be interesting to see how he bowls in Australia,” Dhoni said. 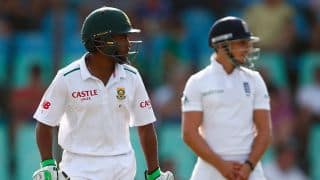 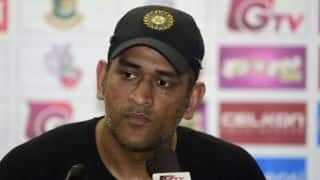