The former Pakistan opener also gave his opinion on England's Eoin Morgan and said he is not a great tactical captain.

Apart from the international success, Dhoni also guided Chennai Super Kings to three Indian Premier League titles which makes them one of the most successful teams of the tournament.

Dhoni game awareness was spot on from behind the stumps as he remained calm and composed as captain of India throughout his career.

“Faf du Plessis is a great batsman, but his tactical decisions in the World Cup in England were not that good. Poor execution from bowlers can make the captain look like someone who doesn’t have great plans. MS Dhoni is a fine example of a great tactician. Rohit Sharma’s tactics in the IPL were spot on,” Butt said during a live interaction with fans on Youtube.

While the former Pakistan opener also gave his opinion on England’s Eoin Morgan and said he is not a great tactical captain because he doesn’t look to restrict the oppositions through bowling.

“Currently, I don’t think Eoin Morgan is a great tactical captain. He is almost prepared to chase down a total in excess of 300-350 and thus, he doesn’t seem to have great plans to restrict the opposition,” he added. 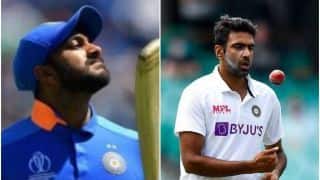