Indian captain MS Dhoni could be a doubtful starter for the third and the final One-Day International (ODI) against Pakistan at Ferozshah Kotla on Sunday. 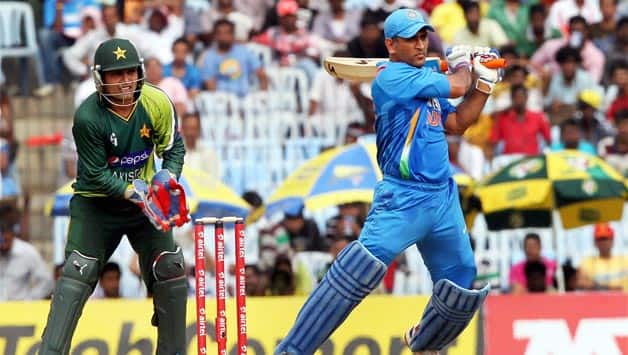 According to media reports, Dinesh Karthik will repalce MS Dhoni if the Indian captain misses the final ODI © PTI

India captain MS Dhoni could be a doubtful starter for the third and the final One-Day International (ODI) against Pakistan at Ferozshah Kotla on Sunday.

According to a report in the Indian Express the Indian captain suffers a sore back. The probability of him missing the final game of the three-match series was increased when the BCCI announced on their Twitter page that “Dinesh Karthik has been flown in as a back-up to MS Dhoni”.

Dhoni made the disclosure of his condition himself during the pre-match conference on Saturday.

“If at all somebody is doubtful, it’s me. I have a sore back and we have called Dinesh Karthik as back up.

When asked about who will lead the team in his absence, he replied, “Let’s hope that I play. We’ll see tomorrow.”

Battered and bruised by yet another series defeat, India’s struggling cricketers will seek to restore some pride when they go into the third and final one-dayer against arch-rivals Pakistan at Delhi on Sunday with the future of some of the under-performing stars at stake.

The collective failure of the top order batsmen even in home conditions has hurt the team badly in recent times and the hosts will need a huge spark of inspiration to prevent the spirited Pakistanis from achieving a 3-0 clean sweep.