MS Dhoni Not Charging Any Fees For His Role as Team India Mentor in T20 World Cup 2021: BCCI Secretary Jay

The two-time World Cup-winning captain was named as the mentor for team India for the T20 World Cup, on the heels of the team announcement by the BCCI.

Delhi: Former India captain MS Dhoni will not be taking any remuneration for his role as the mentor of the Indian cricket team during the upcoming T20 World Cup 2021, confirms BCCI secretary Jay Shah. Dhoni has been picked as the mentor for the upcoming T20 World Cup which will be played in Oman and The UAE, starting October 17. Ravi Shastri will remain the head coach of Team India and will be supported by bowling coach – Bharat Arun and fielding coach R. Sridhar.

BCCI secretary Jay Shah Tuesday said that the board is grateful to Dhoni as the former captain agreed to serve the team during the quadrennial event – ICC T20 World Cup. Speaking to news agency ANI, Shah said the legend wouldn’t be charging a single penny for his new role. “MS Dhoni is not charging any honorarium for his services as the mentor of the Indian team for the T20 World Cup,” he said.

“MS Dhoni is not charging any honorarium for his services as the mentor of Indian team for the T20 World Cup,” BCCI Secretary Jay Shah to ANI

The 40-year-old Dhoni, who led India to glory in the inaugural edition of the T20 World Cup in 2007, retired from international cricket in August 2020. However, Dhoni has continued to play for Chennai Super Kings in the ongoing edition of the Indian Premier League.

Three-time champions CSK has reached the final of IPL for the record 9th time under the leadership of ‘captain marvel’ – Mahendra Singh Dhoni. After the completion of IPL 2021, Dhoni will join the Team India camp in UAE.

Earlier, BCCI treasurer Arun Dhumal on Tuesday spoke in length about how Dhoni’s inclusion in the support staff will benefit Virat Kohli and Co. during the T20 WC.

“He (Dhoni) has been a great leader. Under his captaincy, India won the inaugural World Twenty20, the 2010 and 2016 Asia Cups, the 2011 World Cup and the 2013 Champions Trophy. The records are amazing. It is really great to have him as a mentor of the team (for the ICC World Cup).”

“He has a good reputation and respect in the team, and also bringing him doesn’t mean to undermine anybody. They have also done a phenomenal job,” Dhumal quoted by India Ahead. 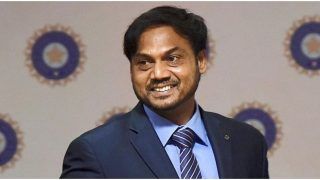 'Rahul More as a Coach and MS as a Mentor'', MSK Prasad Wants Rahul Dravid to Replace Ravi Shastri as Team India Coach and MS Dhoni as Mentor 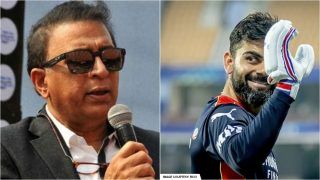