BCCI will seek clarification from the Indian captain for his comments on the troubled coach.

The controversy surrounding the Indian captain Mahendra Singh Dhoni’s comments on coach Duncan Fletcher’s future does not seem to be ending, as the Board of Control for Cricket in India (BCCI) will reportedly seek a clarification from the skipper. BCCI vice-president Ravi Savant has said that Dhoni is not ‘entitled’ to comment on Fletcher’s future.

Dhoni’s commented while defending coach Fletcher that the Zimbabwean will continue to lead India into the ICC World Cup 2015, which has not gone well with the Indian cricket board.

Savant told The Indian Express, “We’ve to seek clarification from him [Dhoni] after he returns from the [ongoing] England tour. It would be wrong to go by media reports. The media can alter the whole context. So we’ve to ask Dhoni what exactly he said and what exactly he meant. If his reply is not convincing, then the matter will be placed before the working committee, which, in turn, will take a decision.”

The BCCI official if of the opinion that Dhoni is not ‘entitled’ to comment on a coach’s future. “A captain can comment on a coach’s role in the team and the way he has been working. But he’s not entitled to speak about a coach’s tenure or for how long he will be retained. That’s our (BCCI) job. And if Dhoni’s comments have undermined BCCI’s authority, then he must clarify the context. There are some dos and don’ts for the players and no one shall cross the limit,” he added.

Fletcher’s contract with the Indian side ends after the World Cup next year, but the BCCI will be reviewing his performance in its Annual General Meeting (AGM). 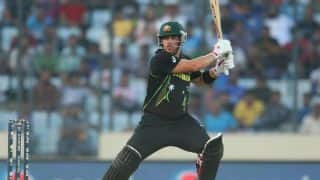 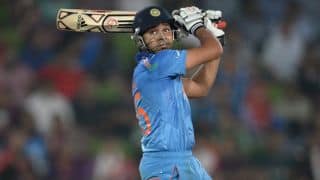