Kedar labelled the CSK fans as the best in the IPL and even compared them with skipper Dhoni. 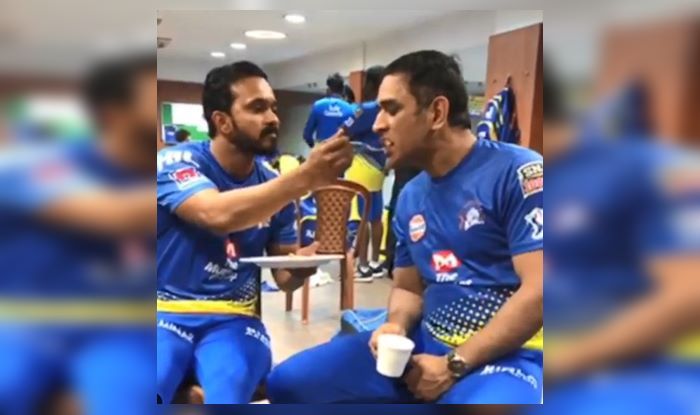 India all-rounder Kedar Jadhav said he owes a lot to former captain MS Dhoni for backing him throughout his career and helped him play so many One Day Internationals (ODIs) for the country. Under Dhoni’s leadership, Jadhav made his ODI debut against Sri Lanka at Ranchi. An average of 42+ and a strike-rate over 100 in 73 ODIs justifies Jadhav’s decent outings in the 50-over format.

With no cricketing action around the world due to the Coronavirus pandemic, it would be tough for 35-year-old Jadhav to make a return to India’s ODI side once the normalcy returns. On Thursday, Jadhav had to answer some very tough questions by fans during Chennai Super Kings’s Instagram Live chat with one of them even asking the cricketer to choose between Dhoni and Bollywood superstar Salman Khan.

However, the Pune-born cricketer came up with a witty response to the query and stumped everyone when he said choosing between Dhoni and Salman is like choosing between ‘mum and dad’. The unorthodox all-rounder, though, made it clear that he could play many matches for India because of the support he received from the former captain.

“Growing up Sachin (Tendulkar) was my idol like every aspiring cricketer. I regret I could not play with him. But when it comes to favourite cricketer, it has to be Dhoni,” Kedar said on Thursday during Chennai Super Kings’s Instagram Live chat.

“When I met Mahi bhai I thought he is India’s captain and he would be very strict. After meeting him, I don’t see any other image when it comes to favourite cricketer,” added.

Kedar has made 1389 runs with two hundreds and six fifties for India since making his ODI debut.

“I could have played 8-10 ODIs but Mahi bhai supported me and he had a calming effect on me. When I see him I get confidence and if you get that from your captain, it helps a lot,” he said.

A big fan of Salman, Jadhav was in a fix when asked to pick between the actor and Dhoni.

“Because of MS Dhoni I got to play however many matches I played and also because of Mahi bhai I got to meet Salman Khan. So I can’t pick between the two. It’s like asking to choose between Mum and Dad,” he said.

He was also asked about his unusual side-arm bowling action. “I tried it at the nets. That time Anil (Kumble) bhai was the coach and he said no it’s legal. Then in the 1st ODI, I got Jimmy Neesham out (caught and bowled).

“That was my first wicket and then Mahi bhai gave me the confidence that I can bowl. I had not bowled much in domestic cricket also. But it was because of him that I got confidence.” 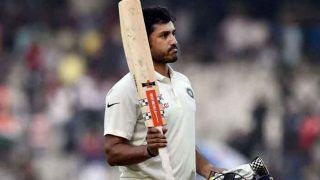 Karun Nair Credits Rahul Dravid's Guidance in Shaping His Career, Says 'Encouraging to Receive so Much Support From a Legend Like Him' 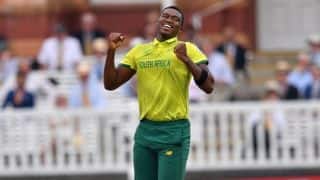