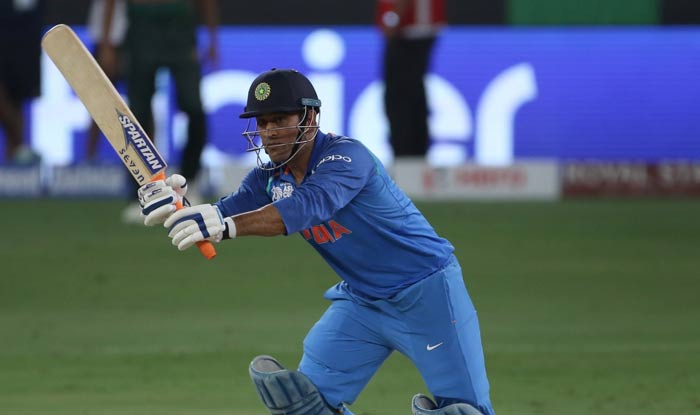 MS Dhoni has, in his inimitable style, called time on his international career. With the nation celebrating its 74th Independence Day on August 15, Dhoni, quietly dropped the bomb on his Instagram handle with a montage of various moments from his cricket career and his favourite song ‘Main Pal Do Pal Ka Shayar Hoon’ playing in the background.

He simply wrote “Thanks a lot for ur love and support throughout.from 1929 hrs consider me as Retired.”

Dhoni entered the international stage as a big-hitting wicketkeeper-batsman before taking the charge of Indian cricket team guiding them to two world cup victories as he settled into the role of a finisher. He was equally good behind the wickets too, drawing gasps with his lightning glovework.

He shocked everyone in 2014 when he announced retirement from Test cricket midway through the tour of Australia but continued playing limited-overs cricket. His last appearance in India colours was back in 2019 ODI World Cup semifinals when India lost to New Zealand.

In his first four international innings, Dhoni managed a combined 22 runs. In fact, on debut, he was out for a duck. At Vizag, playing in his fifth ODI against Pakistan, he was promoted to No. 3 and the decision proved a masterstroke. He blasted 148 off 123 for his maiden international century, an innings that was laced with 15 fours and four sixes. India posted a mammoth 356/9 and went on to win the contest. Dhoni was chosen as man-of-the-match.

India sauntered to a six-wicket win with over four overs to spare during an ODI against Sri Lanka in 2005, chasing 299. That facile win was set up by Dhoni who walked in after Sachin Tendulkar has dismissed in the very first over of the India innings. He put on a show for the capacity crowd at the Sawai Mansigh Stadium in Jaipur. With 15 fours and 10 sixes, Dhoni slammed an unbeaten 183 off 145 deliveries which to this date remains the highest individual score by a wicketkeeper in ODIs.

Dhoni’s maiden Test century also came against Pakistan. Against an attack comprising Shoaib Akhtar and Mohammad Asif, Dhoni played an attacking innings, hitting 148 off 153 deliveries with 19 fours and four sixes in Faislabad during the 2006 tour tour Pakistan. The Test ended in a draw.

After India’s disastrous campaign at the 2007 ODI World Cup in West Indies where they exited at the group stage, Dhoni was promoted as the captain, albeit in the shortest format – T20Is. He led a youthful squad at the inaugural ICC World T20 in South Africa. India lost just one match at the tournament before beating Pakistan in a nail-biting last-over finish by five runs to lift the trophy, heralding a new era. Months after India’s famous win, IPL was launched.

Taking India to the top in Tests

Two years after the T20 World Cup triumph, Dhoni took India to the top in Test rankings as well after taking over from legendary spinner Anil Kumble.

That famous six. Who can ever forget that six from Dhoni that sent an entire country into jubilation? India’s wait for their second ODI World Cup ended after 28 years when they beat Sri Lanka in the final at the Wankhede Stadium in April 2011. Dhoni scored an unbeaten 91 and was chosen as the man-of-the-match.

In February 2013, Dhoni became first ever specialist India wicketkeeper to slam a Test double century. During the series opening Test against Australia in Chennai, Dhoni scored 224 off 265 with 24 fours and six sixes giving them a solid first-innings lead. That innings setup their eight-wicket win.

At the 2013 Champions Trophy, Dhoni became the only captain to have won all the three major ICC trophies when he led India to a five-run win against England in the final at Edgbaston. Rain meant the contest was reduced to 20-overs-per side as India made 129/7 but England were stopped at 124/8.