The local police on Monday requested the family of Mahendra Singh Dhoni to inform them about India captain's early morning bike rides purely for security reason. 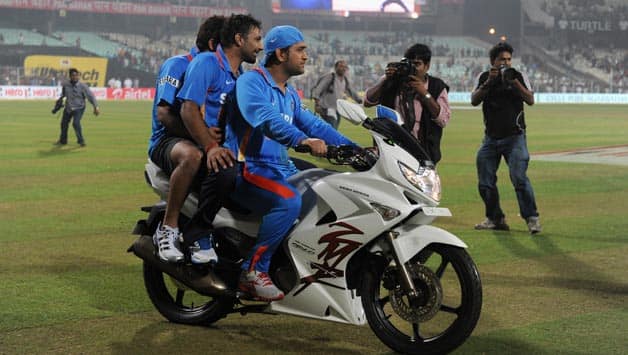 The local police on Monday requested the family of Mahendra Singh Dhoni to inform them about India captain’s early morning bike rides purely for security reason.

Dhoni’s love for mean machine is well known and in the last few days, he has been seen driving early morning to the local stadium to watch the training of young archers and footballers.

“He can ride a bike, but we have informed them (family) to tell us before he goes out anywhere [so that] escort parties could go,” Senior Superintendent of Police Saket Kumar Singh told PTI.

Ahead of the September 22 Champions League T20 (CLT20) match against Titans at the Jharkhand State Cricket Association (JSCA) Stadium, the captain of the Chennai Super Kings (CSK) on Monday went to train riding a bike but he had a securuty cover deployed for his to and fro journey from residence to stadium.

The police will have to be on their toes till September 28 when the last CLT20 match in Ranchi concludes.

S Sreesanth: Confessions to police regarding spot-fixing saga was under duress