Dhoni felt the verdict on Jadeja was lopsided, ignoring the incidents that transpired.

During the pre-match press conference, MS Dhoni made his displeasure about the verdict on Ravindra Jadeja clearly known to the media. Arunabha Sengupta reports.

The Ageas Bowl is unlike any other cricket stadium. Scooped out from the land in the middle of nowhere, it is an arena built in the manner of an amphitheatre on a gently sloping hill. The greenery around the venue is more of an illusion. When the sun bakes the premises, temperatures can shoot up to unbearable highs. The ongoing construction works give a furnace like feeling to the surrounding.

The press conference takes place in the nets of the indoor school on the first floor of the main pavilion. The relentless sun has already made the air sultry and blistering, and in such setting, MS Dhoni simmered. There was a rage that worked up a storm under the quiet and placid features of the normally unflappable Indian captain.

“The decision against (Ravindra) Jadeja hurt us a lot. Frankly because I felt a lot of things were neglected in judging the case. The umpire called lunch and we started walking and I wouldn’t like to take any other individual’s name in this, but there was someone who used foul language against Jadeja and I had to step in the middle. By the time we had reached the ropes I thought the thing had diffused. But, by the time we were going through the members’ area, I was a couple of yards ahead of Jadeja, Again something happened and something was told to him, and he turned towards the individual and after that he was pushed. And he had barely regained his balance and he turned to see what was happening and on the basis of that he was fined.

“So the thing that was told was that it was against the spirit of the game, but one cannot ignore what had happened. If someone is saying something from behind, you turn around it is not aggressive. Especially because the bat was under his arm throughout, and from the time lunch was called till we entered the dressing room, not one word was spoken by him. It’s for you to decide, when it comes to the factual matter, whether what Jadeja did was aggressive. That’s the reason I am very hurt by the verdict.

“Now if we go out and walk in the lobby and if from behind I ask you something and you turn, that is apparently an act of aggression on your side. And if I push you and you turn around to see what is going on, that is supposedly even worse act of aggression. So, according to me Jadeja has not done anything wrong. It also becomes a bit difficult, because tomorrow if I ask my players not to say a word — we will report it to the match referee, he may say whatever happens I will be fined 50% of my match fees and I am better off abusing the person instead. I will reciprocate in a similar manner.”

According to Dhoni, although one cannot appeal against a level one offence, the Indian team management have taken steps to make their grievances known.

The skipper was visibly outraged by the verdict. When he was leaving the press conference, he was approached by a couple of reporters from behind. He turned around to face them and joked, “You see, this is aggression.” 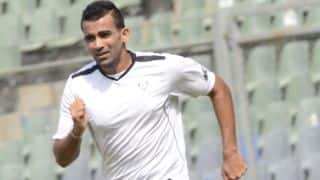 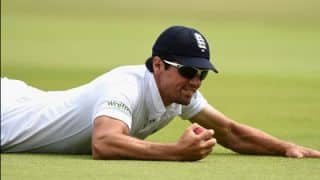