Dhoni has left behind sprinter Usain Bolt and footballers Ronaldo and Messi.

Indian skipper Mahendra Singh Dhoni has been rated as the fifth valuable sportsperson on the planet, according to Forbes Magazine.  The Ranchi dasher is valued at USD 21 Million, two million less than women’s Tennis star Maria Sharapova.

Tennis legend Roger Federer and tainted Golf star Tiger Woods continue to top the charts. They are each rated at USD 46 Million. Behind them is NBA star LeBron James whose value is almost 20 Millon less than top dogs Federer and Woods. According to a Zee News report, Dhoni is the only cricketer in the top 10 of the Forbes list. Even world’s premier footballers Cristiano Ronaldo and Lionel Messi are at a lowly ninth and 10th on the standings. Dhoni has also shaded the fastest man on earth, Usain Bolt by a Million Dollars.

Dhoni led India to ICC T20 World Cup win in 2007 and heroically led his country to a memorable ICC World Cup win on home soil in 2011. He has a glittering record as captain in franchise cricket too, leading his side Chennai Super Kings (CSK) to two wins in 2010 and 2011. CSK reached two more finals in 2012 and 2013 editions, where they finished runners-up. 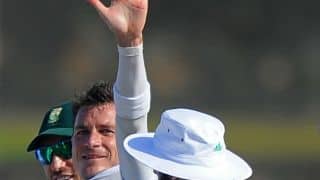